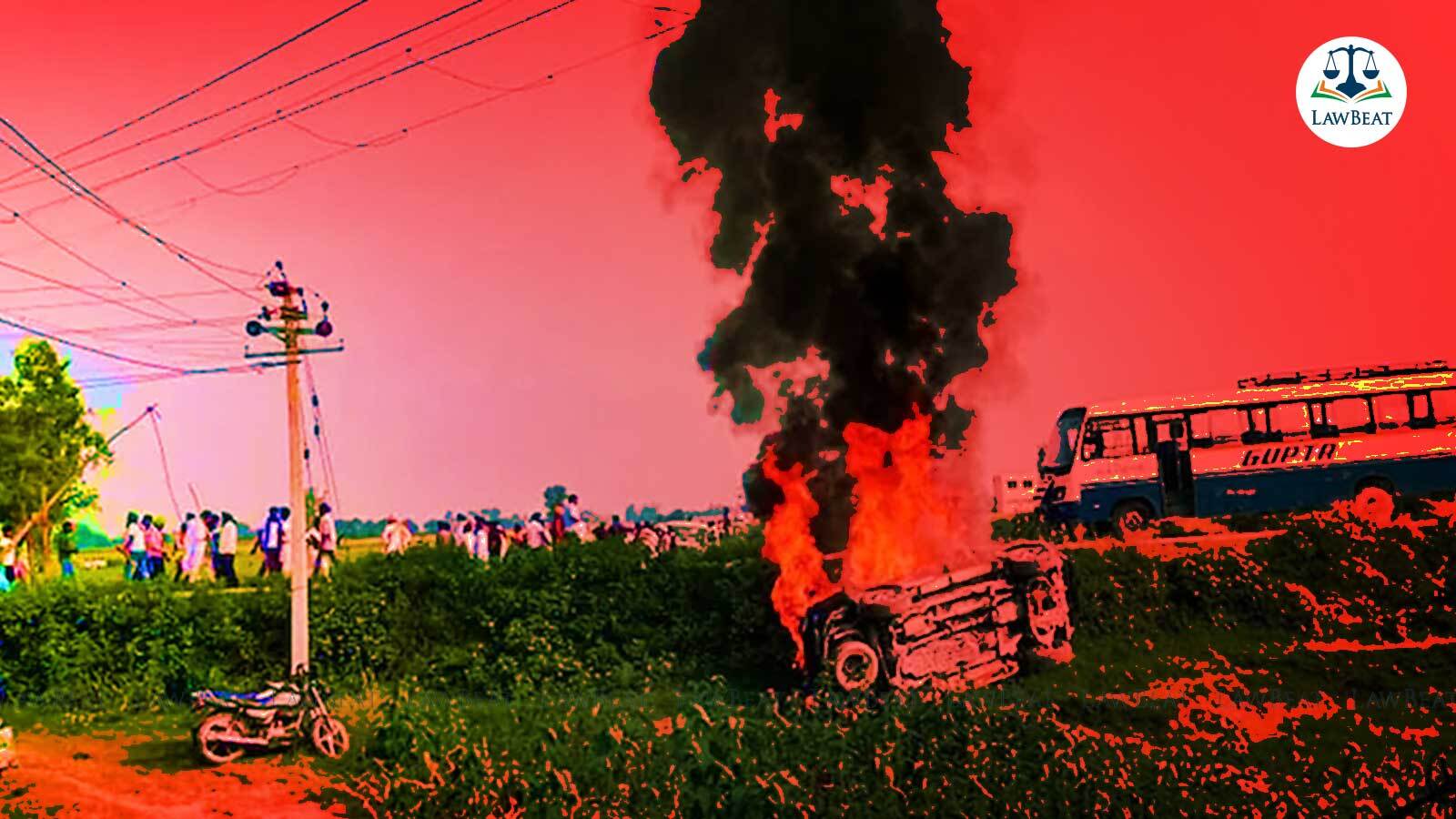 The Allahabad High Court today dismissed the bail plea of four main accused in the Lakhimpur violence case. Court denied relief to accused Lavkush, Ankit Das, Sumit Jaiswal, and Shishupal noting that the apprehension of the prosecution of them tampering with the evidence and influencing the witnesses cannot be ruled out.

Tabling the judgment, the bench of Justice Dinesh Kumar Singh stated, "The Special Investigation Team deserves full credit for carrying out free, fair, impartial and scientific investigation of the offence. The charge-sheet would disclose overwhelming evidence against the accused-applicant (Ankit Das) and other co-accused for commission of the offence, which has been termed cruel, diabolic, brutal, barbaric, depraved, gruesome and inhumane."

Court highlighted that the Special Investigation Team in its charge-sheet has stated that on the basis of the oral, documentary and scientific evidence, it has got proved that the accused applicant (Ankit Das) and other co-accused after committing the offence (of moving down the protesting farmers with their four-wheelers), ran towards the sugarcane field while firing from their weapons.

Rejecting Ankit Das's bail plea, Court agreed with the prosecution's apprehension that he and the prime accused Ashish Mishra @Monu belonging to very influential political families can interfere with the course of justice.

Court noted that the charge sheet would disclose that along with the Thar vehicle, which was registered in the name of Sri Ajay Mishra @ Teni, Union Minister of State for Home, and was being used by the main accused, Ashish Mishra, a Fortuner car was also in Minister's son's convoy in which Das was sitting.

Court also took note of the report of the Forensic Science Laboratory which revealed that several rounds were fired from the weapons recovered from the possession of accused Ashish Mishra (one rifle and one revolver), Ankit Das (one pistol), Lateef @ Kale (One Pump Action Gun 12 Bore), and Satyam Tripathi (one revolver).

Further, dismissing bail pleas of accused Sumit Jaiswal, Shishupal and Lavkush, Court noted that case records reveal that they were sitting in the vehicles that caused the incident and were also involved with Mishra in preparation and execution of the offence.

Importantly, penning down the judgment, Court observed, "This incident might not have taken place if the Union Minister of State for Home did not make his alleged statements against the farmers...Several innocent lives would not have got lost in a cruelest, diabolic, barbaric, gruesome and inhuman manner allegedly by his very promising son and other accused."

The Union Minister of State for Home had allegedly said that the farmers would be expelled and chased away from District Kheri. The Minister was allegedly responding to the strong protests being raised by the farmer against the three Farm laws.

Court also noted, "The lawmakers cannot be seen to be law violaters. This Court cannot believe that it would not have been within the knowledge of the Deputy Chief Minister of the State that in the area provisions of Section 144 Cr.P.C. were clamped and, any assembly or gathering was prohibited. Despite this, the wrestling competition was organized and the Union Minister of State for Home and the Deputy Chief Minister decided to be present as Chief Guest, etc. in the event."