"Any adjournment of case on account of strike by Bar members is absolutely illegal": Allahabad High Court 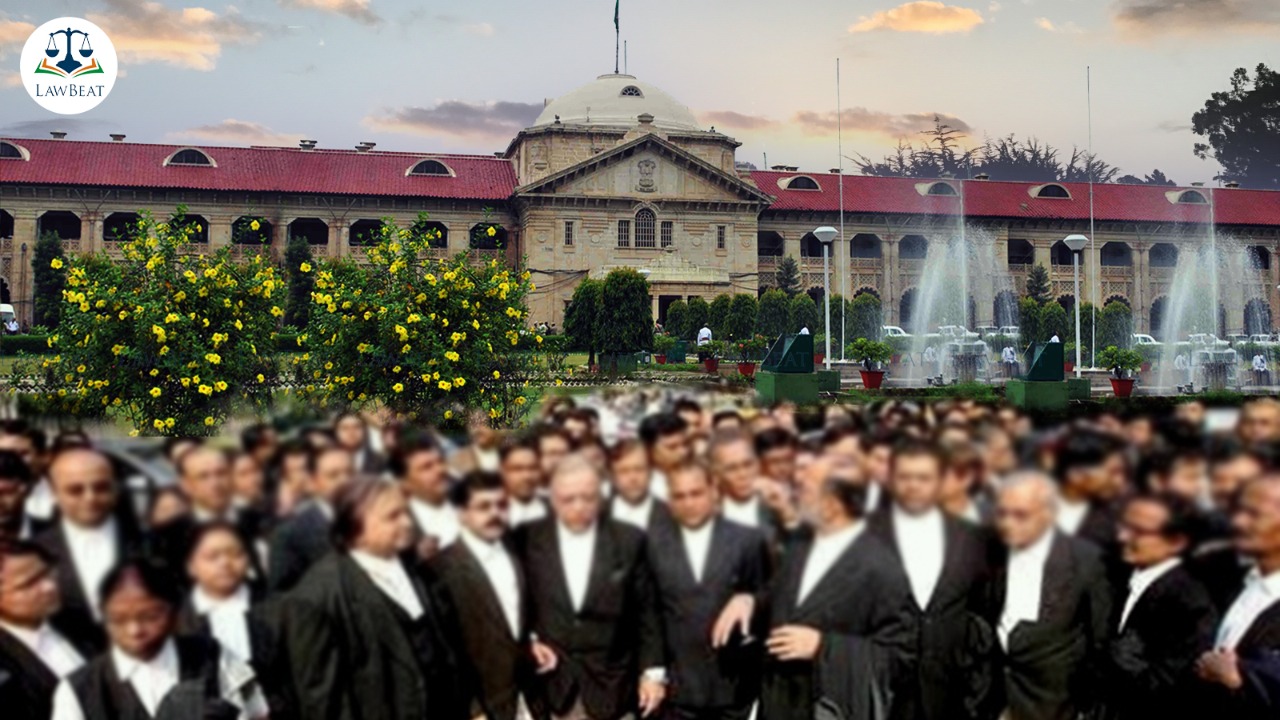 Noting that a case had been adjourned frequently in the District Court (Meerut) on account of Bar members' strike resolutions or resolutions for abstinence from judicial work, the Allahabad High Court observed that "Any adjournment of the case on account of strike by Members of the Bar or their abstinence from judicial work is absolutely illegal."

The bench of Justice J.J. Munir stated that "the Members of Bar have no business to hold up the functioning of the Court, and if they do, orders are to be made in accordance with law."

The Court was dealing with a petition seeking direction to expedite and conclude proceedings of a long-pending appeal in District Court (Meerut). In this regard, the high court had asked for a report from the Additional District Judge, Meerut on earlier date of hearing.

Expressing discontent with various excuses presented by the Additional District Judge regarding the pendency of the appeal, the bench remarked,

"A reading of this report leaves this Court utterly dissatisfied with the manner in which this appeal has been conducted before the various Presiding Officers in whose Court it has been assigned or taken up. The report shows that like many civil causes, this appeal... has become the victim of typical casual handling of civil causes."

The Court noted that on a few dates, the case was adjourned on account of the Presiding Officer being busy with administrative work. To this Court said,

"This, again, is absolutely unacceptable. A Judge's first duty and commitment is to do judicial work, and he cannot forsake it for his administrative obligations."

Further taking cognizance of the utter dereliction of duty by the judicial officers before whom the case had been listed for hearing, the Court noted that even some adjournments had been occasioned by the Presiding Officer staying on leave.

To this, Court remarked, "In a hard-pressed situation, where dockets in Courts are over-flooded and litigants suffering, leave by Presiding Officers is to be eschewed and not availed, merely because it is available in the leave account."

"There is a higher responsibility placed on the shoulders of Judicial Officers, and Presiding Officers concerned must stay alive to that obligation," the Court added.

The Court also noted that now, as there is an upsurge in the Covid-19 infections, the normal functioning of Courts will logically be impacted. Therefore, taking present circumstances into account, the Court directed the District Judge to make a further report, within a week, about the modality currently available to hear civil cases, given the Covid-19 proliferation.

The Court emphasized that in the making of that report, the District Judge will bear in mind that merely because normal functioning of courts is affected, it does not mean that the courts will not or ought not to function at all. It is only that modalities of functioning would change for some time, that the upsurge in the Covid-19 infections is there, the Court said.

Accordingly, directing the District Judge (Meerut) to make such report detailing the manner in which the concerned appeal may be heard expeditiously, the Court directed the matter to be listed next on January 19, 2022.

Cause Title: Raman Gupta and Anr. vs Vinod Kumar Gupta