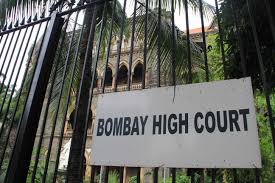 The Bombay High Court has recently warned the father of a 18 year old girl residing with a 20 year old boy that stringent action will be taken against him if he tries to harm and confine her.

The Division Bench of Justice Ravindra V Ghuge and Justice BU Debadwar disposed of the petition to grant relief to the father of the woman who had approached the Court by way of a Habeas Corpus petition.

“Since the missing girl is an adult and respondent No.5 is also an adult, though not of a marriageable age, we have no reason to detain the missing girl, considering the specific replies given by her, as recorded herein above.” – observed the bench.

“1. We have heard the learned Prosecutor, who informs us, on the basis of the record placed before him by the I.O. that the missing girl was undisputedly an adult and the missing boy is said to be born on 29.04.2000. He is prima facie, less than 21 years of age. The father of the boy resides in Karnataka and has filed a police complaint before the concerned Police Station alleging that he himself (father of the boyrespondent no.5) has been kidnapped by the petitioner

2. From the record, we find that this case involves a love angle, on which the petitioner is non-committal.

3. We are of the view that the District Superintendent of Police, Beed needs to look into this matter personally as the petitioner voices an apprehension that his daughter is not safe and needs to be produced alive.

4. We are therefore posting this matter on 19th March, 2021 at 2.30 p.m. and we expect the District Superintendent of Police Beed to monitor the investigation so as to produce the missing girl before us.

5. Parties to act on the uploaded copy of this order.”

On March 31, 2021 the woman appeared before the Court voluntarily. The Court verified her identity and age and noted that she was 18 years and six months old, an adult individual.

“Today, the missing girl, Maithili Chandrashekhar Chavan, has appeared before the Court, suo moto. She has produced her Aadhar Card bearing No.911721922719 in order to establish her identity. We have perused the said card, noted the number as above and we have returned the same to her in the open Court. The photostat copy of the said card has been collected by the Investigating Officer and which is a part of the police record available with the learned Prosecutor.”

The girl further informed the Court that she is in love with a boy who is 20 years old and they would get married after he attains the marriageable age of 21 years. She also refused to meet and talk to her father as requested by the father's lawyer.

The girl requested the Court to grant her protection alleging that she seriously apprehends that her father would track her down and cause physical harm to her, the man and his parents.

“She further stated that her father had also assaulted the father of respondent No.5, blaming him for his son (respondent No.5) having eloped with the daughter of the petitioner. She then has sought protection as she seriously apprehends that the petitioner would cause physical harm to her as well as respondent No.5 and his parents.”

The court taking into account the factual matrix of the case the court observed that,

“…we deem it appropriate to note that, if the missing girl or respondent No.5 suffer any physical harm and if they allege that the petitioner has caused the said harm, the petitioner would then be liable for action, in accordance with law. We are making this observation in view of the offence registered by the father of respondent No.5 in Crime No.3/2021, with the Ambejogai Police Station (Rural), punishable under Sections 365, 342, 343, 324, 323, 506, 143, 147, 148 and 149 of the Indian Penal Code. Needless to state we expect the father of respondent No.5, namely, Bhagwan Sonnar, to show restraint and reciprocate by not committing any offence against the petitioner.”

The Court further directed the assistant sub-inspector of police present there to accompany the woman and the man to ensure that they safely board a bus to travel to place of their choice.