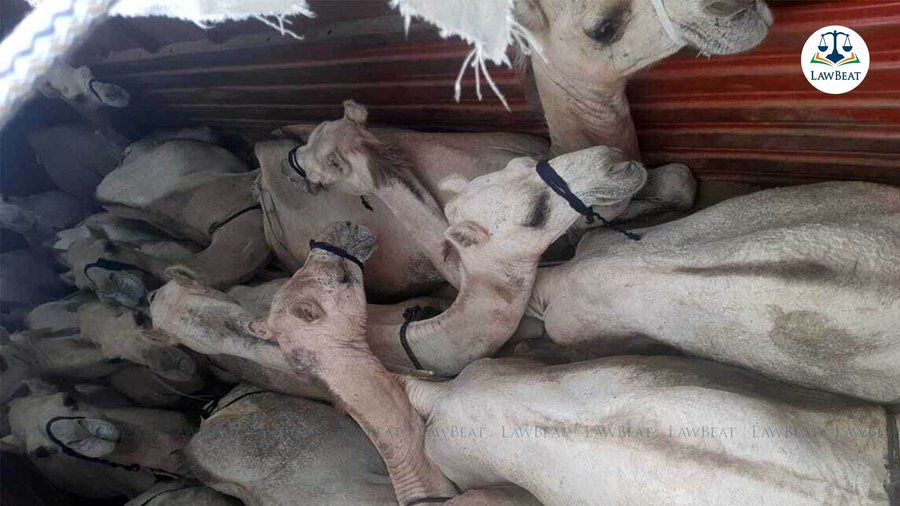 16 camels were seized from a transporting vehicle (aged about 1.5 to 2 years) where they were found in very inhuman and brutal conditions having their mouths tied with ropes.

A local court in Varanasi Uttar Pradesh has ordered Gau Gyan Foundation, a charitable organisation, to shift the camels stranded in Varanasi since June this year back to Rajasthan.

Additional Chief Judicial Magistrate handed over the interim custody of all the alive camels to the Foundation. It is to be noted that 16 camels were seized by Ramnagar Police when they were being carried in a vehicle from Rajasthan to Calcutta in very inhuman and brutal conditions. Till the date of the order, four camels had died.

After the camels were seized by the Police, the Gau Gyan Foundation had made a plea before the local court for their shifting back to Rajasthan and the court had allowed the same.

However, the District Magistrate, Varanasi cited in his order that there was no scheme for shifting of the animals & the state govt does not provide any budget for such arrangements.

Thereafter, the Organisation moved the Allahabad High Court which directed the Sessions Judge, Varanasi to decide the Criminal Revision plea moved by the State authorities against the order for shifting of the camels by September 30, 2022.

Court directed that the Gau Gyan Foundation will transport the camels to People for Animals (PFA), Animal Rescue Care Shelter & Veterinary Hospital, in Sirohi, Rajasthan. at its own expense.

However, court added that Gau Guan Foundation can claim transportation & other keeping charges from the owner of the camels, if anyone claims ownership of the animals.

Moreover, court clarified that the District Magistrate Varanasi shall issue direction to ensure proper arragement of all the medical & fodder and other necessities during the transportation from Varanasi to Rajasthan.