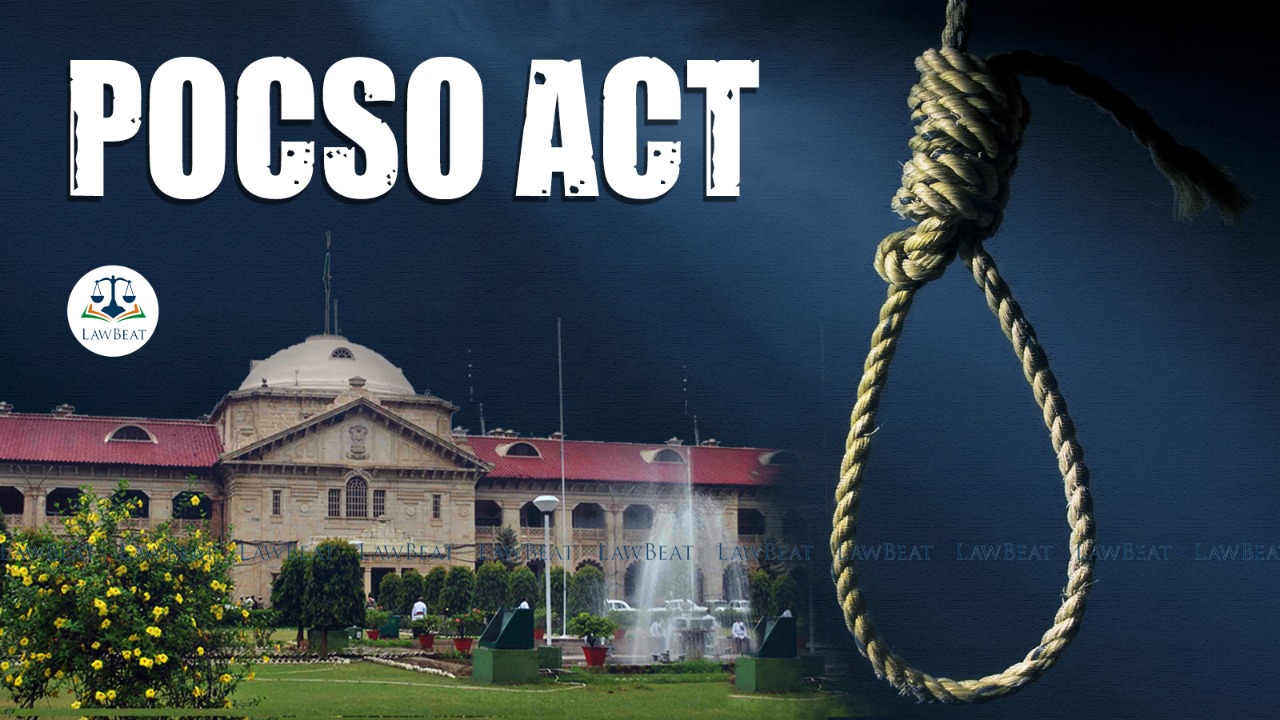 Dealing with an appeal against capital punishment in a murder and rape case of a minor girl, the Allahabad High Court recently acquitted the accused-appellant of all the charges for which he had been tried and convicted.

The bench of Justice Manoj Misra and Justice Sameer Jain held that the prosecution evidence may have, at best, given rise to a suspicion against the appellant but failed to prove the circumstances of a conclusive nature.

Noting that it was a case based on circumstantial evidence and the whole prosecution story was based upon the last-seen theory, the Court held that the evidence of the deceased being last seen with the accused-appellant in the evening of the crime was not convincing as the body of the girl was recovered two days later and accused-appellant's behavior had not been such which could be stated evading arrest raids or summons or warrants.

The Court added that it apprehended that the appellant had been wrongly named by the police as it had come on record that when deceased girl's body was found, 100-150 people started protesting, therefore, there must have been immense pressure on the police to solve out the case.

The Court said, "When we bear all this in mind, we apprehend that the accused-appellant was named on mere suspicion, and not on evidence, to solve out the case."

It further observed thus while examining as to whether the allegations made in the FIR were on the basis of own knowledge of the informant or were made at the instance of the police on strong suspicion to solve out a sensitive case.

It also highlighted that, "Other than that (last seen theory) there is no eye witness account of the offence or recovery of incriminating material or forensic evidence to link the appellant with the crime."

"Thus, in absence of any clinching evidence that he was seen in the night leaving the place from where the body was recovered or seen running away from the village soon after the alleged crime, merely because the accused-appellant was arrested on the next day from his own village is not a determinative factor from which we may infer that the accused-appellant held a guilty mind."

During the hearing, it had also come on record that earlier, there were two suspects in the case but another accused person's name had been removed later on and the entire prosecution evidence was silent as to whether any effort was made to find out the victim girl at the house of another accused after the girl went missing.

The appellant's counsel also placed reliance upon the forensic reports which also did not confirm rape or the involvement of the appellant to link the appellant with the crime.

Having noticed, discussed and analyzed the entire prosecution evidence, the Court concluded that the appellant was wrongly named in the case as the prosecution had failed to prove the charges.

It noted that merely because the accused-appellant was seen with the victim in the evening/night of the date of the incident and later he left the concerned village to go to his own home village, was not such an incriminating factor.

It said that, "The last seen theory comes into play where the time-gap between the point of time when the accused and the deceased were seen last alive and when the deceased is found dead is so small that possibility of any person other than the accused being the author of the crime becomes impossible."

Therefore, for the foregoing reasons, the Court set aside the Trial Court's judgment and order and as a result thereof, the reference to affirm the death penalty was also rejected.

Bal Govind alias Govinda was accused of enticing away an 11-12 year old girl to a maize field where the girl’s body was found by fellow villagers three days later.

It was alleged that Govind had lured the victim under the pretext of getting her a toffee and committed rape. It was also alleged that thereafter, he strangulated her and also poured acid on her so that she could not be recognized.

Govinda was tried by the Special Judge, Protection of Children from Sexual Offences Act, 2012 (POCSO Act)/Additional District & Sessions Judge, Jaunpur and was convicted under Sections 302, 376 AB, 201, 363 of the Indian Penal Code (IPC) and under Section 5/6 of POCSO Act by an order dated March 8, 2021.

As the death sentence was awarded, a reference was made to the High Court under Section 366 CrPC for confirmation of death penalty.

However, Govind, who was in jail, had filed an appeal against the order of conviction and sentence.