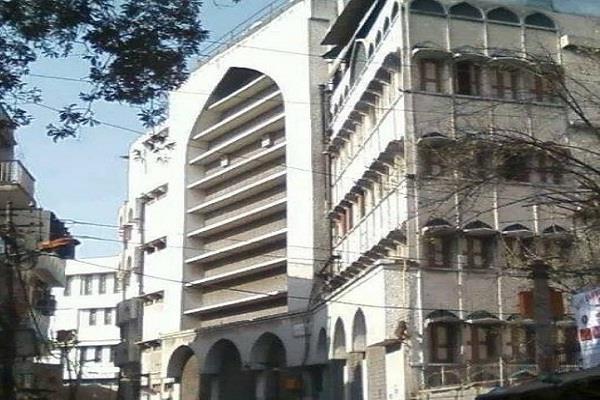 The Central Government has filed an affidavit in the Delhi High Court  opposing the reopening of Nizamuddin Markaz for public entry, stating that it is part of an ongoing investigation and the cases registered have cross-border implications involving diplomatic considerations.

The Markaz was sealed by the Delhi Police on Mar 31 last year.

The affidavit has been filed in a petition by the Delhi Waqf Board seeking orders to reopen the Nizamuddin Markaz and to restore its original character. The court had earlier asked the Centre and Delhi Police to submit a reply to the plea.

In its affidavit filed under the authorization of the Ministry of Home Affairs, the Centre has said that, “The present premises has been kept under lock and key in view of the fact that the organisers of Markaz and the masjid are under investigation in an FIR… and the said case is under investigation wherein notices have already been served seeking details of plot/ plots related to Masjid Banglewali Markaz, Kashif-ul-Uloom Madarsa, Basti Nizamuddin, to provide ownership documents etc.”

It has further been submitted that “since about 1300 foreigners were found to be residing in the said premises and cases against them have cross border implications and involves the nation’s diplomatic relationship with other countries, it is necessary and incumbent on the part of the Respondent to preserve the said premises for the purpose of Section 310 of CrPC”.

The Centre has also argued that the reasonable restriction which has been imposed on the petitioner’s rights under Article 26 of the Constitution of India is on the ground that the said premises were not being used in accordance with law and on public order considerations and therefore cannot be held to be violative of the fundamental rights guaranteed under the Constitution of India.

The single judge bench of Justice Mukta Gupta has directed the Centre to file an affidavit stating the timeline within which it intends to reopen the Markaz and listed the matter for hearing in November.

Case Title: Delhi Waqf Board through its Chairman vs GNCTD and Ors