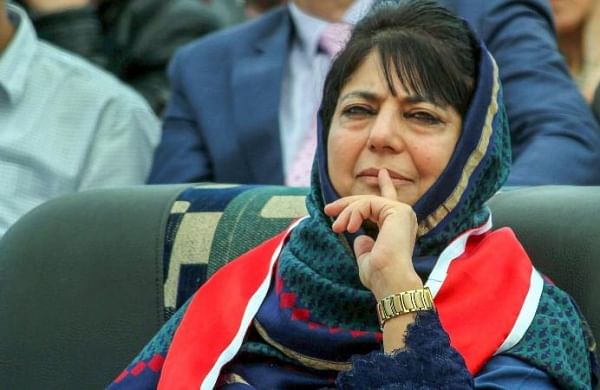 The Centre today moved a transfer petition before the Delhi High Court for a plea by the former Chief Minister of Jammu and Kashmir Mehbooba Mufti challenging the constitutional validity of the Prevention of Money Laundering Act, 2002.

The bench of Chief Justice DN Patel and Jyoti Singh adjourned the matter to Sep 30 after the Solicitor General of India Tushar Mehta informed the court that a petition is pending before a three-judge bench of the Supreme Court on the interpretation of Section 50 of the PMLA and a transfer petition would be filed in the High Court matter.

Mufti had filed a plea in March challenging the issuance of summons to her by the Enforcement Directorate (ED) in a money laundering case. The court had granted a stay on the summons but refused to grant the relief against coercive action, at this stage. Earlier the ED had summoned Mufti on March 15 but did not insist on her personal appearance at that time. She was, thereafter, summoned again on March 22.

Mufti in her plea before the High Court sought quashing of the summons and for the court to declare Section 50 of the PMLA void and inoperative for being discriminatory and violative of Article 20(3) of the Constitution.

Section 50 of the Act empowers the authority, that is, officers of ED, to summon any person to give evidence or produce records. All persons summoned are bound to answer the questions put to them and to produce the documents as required by the ED officers, failing which they can be penalized under the Act.

Mufti has also sought an interim stay on the summons until the question of law in relation to the constitutionality of Section 50 of the Act is decided.