Centre’s decision to retain Mahatma Gandhi on Currency Notes not to be faulted: Madras High Court 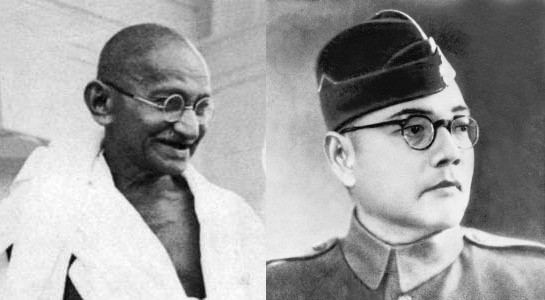 Madras High Court recently observed that Centre and RBI’s decision to retain only the image of Mahatma Gandhi and of no other personality in the currency notes is not to be found at fault.

The Division Bench of Justice N.Kirubakaran and Justice M.Duraiswamy held,

“The Central Government as well as Reserve Bank of India have already constituted a committee and took a decision that it is only the father of the Nation Mahatma Gandhi could represent the ethos of India and therefore, it was decided to retain the Mahatma Gandhi's image in the currency notes and no other personality image is decided to be included. The said decision cannot be found fault with.”

The Bench was hearing a plea that challenged the Union Government’s rejection order of the petitioner’s claim for printing the image of Nethaji Subash Chandra Bose in the currency notes.

However, without underestimating the fight and sacrifice made by Nethaji Subash Chandra Bose and other great leaders for freedom moment of the Country, the Court observed,

“There are many known heroes and unsung heroes. If everybody starts making such a claim there will not be an end. Moreover, recent days, there are claims and counterclaims based on religion, community, and region. If every claim is started to be entertained, there will not be any end.”

The court said that it is only the Government that can take a decision and the court cannot substitute the views stated in the Committee report which has been accepted by the Government.

Earlier, K.K.Ramesh, the petitioner made a representation on January 20, 2021, before the Madras High Court raising the same contention and filed a Writ Petition. The court disposed of the matter on February 4, 2021, directing the respondent authorities to consider his claim.

The Union considered the petitioner’s representation and rejecting the petitioner's prayer replied that on the advice of the Government of India, the Reserve Bank of India (RBI) had constituted a Committee in October 2010 for designing future currency notes.

According to Union’s rejection order, the Committee deliberated on the issue of changing the existing image of Mahatma Gandhi and inclusion of certain other personalities in the new design of banknotes.

However, after due consideration, the Committee decided that no other personality could better represent the ethos of India than Mahatma Gandhi, and, therefore, it decided to retain his portrait on the obverse and on the watermark.

Union also told that this recommendation of the committee had also been accepted by the Ministry of Finance.

Therefore, the court held that Union’s order could not be said to be illegal, and the challenging petition was thereby dismissed.