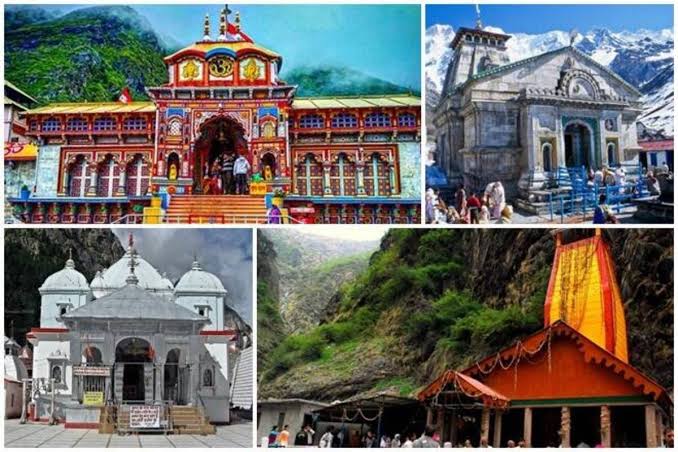 The Uttarakhand High Court today issued a slew of directions to the Secretary, Tourism (State government) with regard to the opening of the Char Dham Yatra in the State.

The Division Bench led by CJ R.S. Chauhan and Justice Alok Kumar Verma made the following observations while hearing a batch of pleas related to CoVID19 management in the State.

The Bench noted that, the relevant data was conspicuously missing from the affidavit. In paragraph no. 10, it was stated “that the Government of Uttarakhand is also ensuring that every priest and other related persons in the Devasthanam has been given the second dose of vaccine, as they may be secured for their lives their life and prevent of COVID-19 (sic)”. The Bench raised their concern over as to how do they knew if people got second dose or not.

Further, in different parts of the affidavit, it was stated that either the learned Secretary, Tourism, or the CEO of the Devasthanam Board, or the Sub-Divisional Magistrate, visited the Char Dham, and have discovered certain lacunae but no proof regard the same was produced in the affidavit.

The learned Secretary, Tourism Dilip Jawalkar, informed the Court that the Government had so far taken a decision not to open the Char Dham Yatra for the visiting pilgrims till 22.06.2021. He further added, “Presently, the entire State is under a lockdown till the said date. Moreover, the decision whether to open up the Char Dham Yatra after 22.06.2021 or not, is still under consideration by the State Government.”

He cited last year’s practise example and submitted that, “in case the Char Dham Yatra were to be opened for the pilgrims, it would be done phase-wise, and not at one go. However, how many phases will be created, how many people in each phase will be permitted, the people from which areas will be permitted to visit the shrines, is all yet to be decided by the State Government.”

Further he informed that a more detailed report will be filed by him in order to plug in the lacunae pointed out by the Court in the affidavit filed by Dr. Ashish Chauhan.

The learned counsel for the petitioner in Writ Petition (PIL) No. 58 of 2020 Advocate Shiv Bhatt contended that,

“Even if 1,000 persons are permitted to simultaneously enter the temple without masks, without use of sanitizers and without maintaining social distance, the Char Dham Yatra may also emerge as a hot breeding ground for spike in COVID-19 cases.”

The learned counsel for the petitioners in Writ Petition (PIL) Nos. 97 of 2019 and 67 of 2020 Advocate Abhijay Negi informed the Bench that there are two ways of reaching the Kedarnath shrine : firstly, by helicopter, and secondly by a sixteen kilometres trek, which is open to the public at large. Therefore, “since most of the people trek through this sixteen kilometres trek, it is imperative that the trek be sanitized regularly by the Civil Administration. For, many people, who may be the carriers of the coronavirus, may either sit or touch objects on the trek, or may spit while they are trekking to the shrine.”

Considering the facts mentioned, the Court issued the following directions:-

The Bench further asked Sec, Tourism to submit the reports on or before 21st June, 2021.