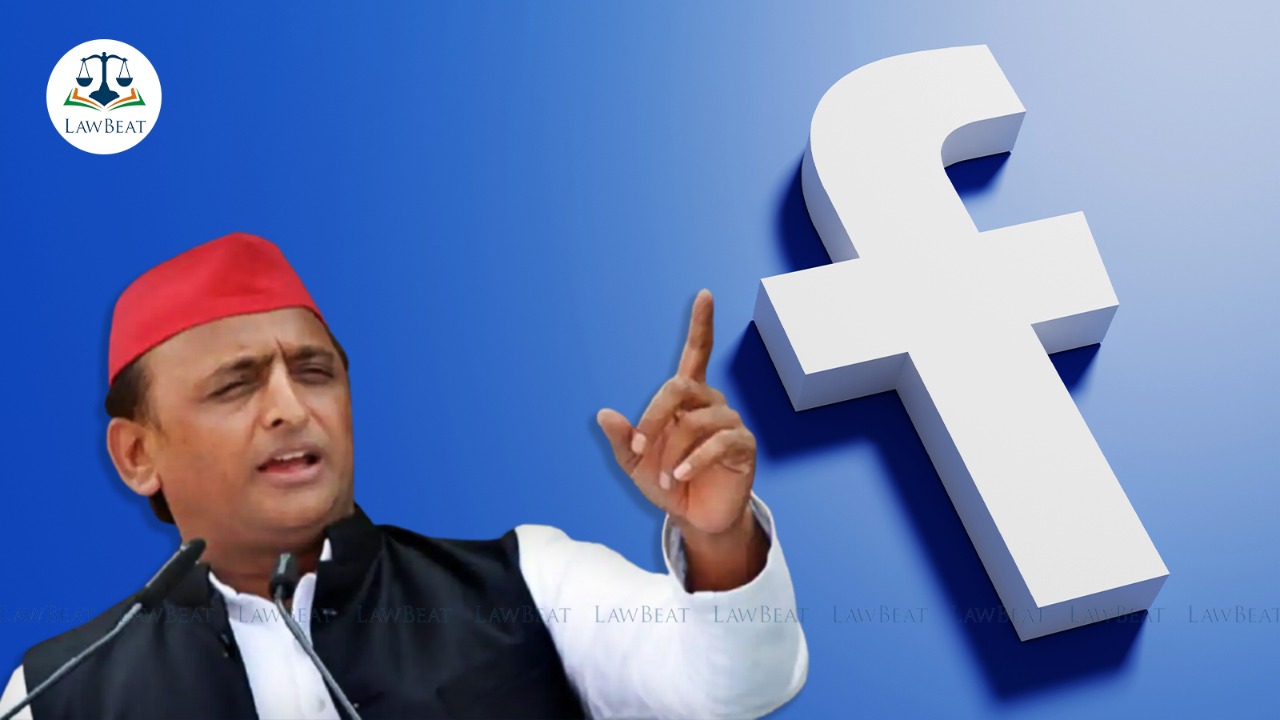 Uttar Pradesh Police has lodged a First Information Report (FIR) in a matter wherein allegedly from a Facebook ID, indecent remarks had been made against Samajwadi Party's Chief and Uttar Pradesh former Chief Minister, Akhilesh Yadav.

This development has take place following order of Court of Chief Judicial Magistrate, Kannauj (UP). The Court was dealing with an application under Section 156(3) requesting registration of FIR in the matter.

Disposing of the application, the Chief Judicial Magistrate had directed the concerned Police Station Incharge to register an FIR into the case without naming anyone and against 'unknown' persons to ensure investigation in accordance with the law.

Interestingly, an image had surfaced showing that this FIR earlier named two people, one Bua Babua and the other, Facebook owner, Mark Zuckerberg.

However, Lawbeat learnt this morning that Zuckerberg's name has been dropped.

In his application, the applicant, namely Amit Kumar Yadav, had alleged that one indecent post had been made from the Facebook account 'Bua Babua' with an intention to defame Yadav. He had alleged that due to the post, Yadav's image is getting tarnished.

Taking note of the applicant's allegations in the present matter, a report was called by the Court from Cyber Cell, Kannauj.

However, in his order, the CJM noted that the Cyber Cell could only present a clear report stating that without details of the URL ID of the concerned Facebook page, they were unable to provide description of the Facebook page.

The Court's order further reads that in in this regard, it had expected the applicant to provide URL details of the concerned Facebook ID, but he didn't provide any such details.

Against this backdrop, the Court held that "The evidence on record as submitted by the applicant shows that indecent language has been used in relation to the leaders of the Samajwadi Party on the Facebook page which prima facie establishes a cognizable offence against the accused persons."

However, the Court added, "...due to non-availability of summoned details by the applicant, no concrete ground is available regarding the involvement of the opposite parties."

Accordingly, it concluded that for the proper conclusion of the case, it is necessary and lawful to have investigation done by the Police in relation to the story mentioned in the application and it therefore directed the Police to register an FIR against unknown persons and start investigtion.