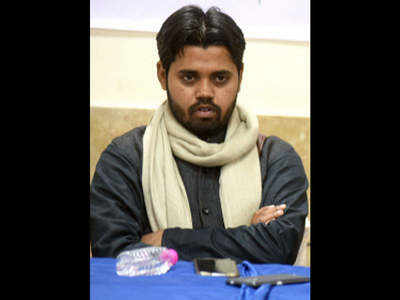 The Delhi High Court on Thursday granted interim custody bail to Delhi Riots accused Asif Iqbal Tanha for a period of two weeks from June 12 to June 26, 2021 for the purpose of preparing and writing his supplementary examination for completing his final year BA(Hons.) (Persian) Programme at the Jamia Milia Islamia University.

The division bench comprising of Justice Siddharth Mridul and Justice Anup J. Bhambhani granting interim custody bail to Tanha said “Upon a conspectus of the facts and circumstances, and in particular the fact that it is imperative for the applicant to sit his 03-remaining backlog/compartment examinations to complete his B.A. (Hons.) (Persian) Programme, and based on the terms and conditions as agreed to between counsel for the parties, this court considers it appropriate to grant to the applicant interim custody bail”.

The bail has been granted subject to certain conditions which says that Tanha shall be released on interim custody bail on June 13 by 9 a.m. and shall be brought back to prison by 6 p.m. on June 26, 2021. Moreover, during the period of interim custody bail, Tanha shall stay at the FABHOTEL-LE-GRAND, L12 Kalkaji Main Road, Block-L, Kalkaji, New Delhi under the custody of 02 prison guards who would be deputed for the purpose by the Jail Superintendent.

Further Tanha has been directed to bear all charges, costs and expenses for 2 rooms at the said facility and shall deposit, in advance, with the concerned Jail Superintendent the sum of Rs.50,000/- on or before June 10 and also submit proof of such deposit to the SHO, PS Special Cell.

During the period of interim custody bail, Tanha shall not invite to the said facility any visitors or guests, including family members, friends, classmates or any other person.

For his use in the examinations, Tanha “shall arrange for a laptop computer, and a basic mobile phone (not a smart phone) through his pairokar, which computer would be handed-over to the SHO, P.S.: Special Cell, for being checked; and after conducting requisite checks, the laptop computer and mobile phone would be delivered to the applicant at the said facility by the SHO, P.S.: Special Cell on 13.06.2021 by 10 a.m. for the applicant’s use”

It has further been directed that Tanha shall hand-over the laptop computer and mobile phone for forensic audit to the SHO, P.S.: Special Cell, upon expiration of the bail period.