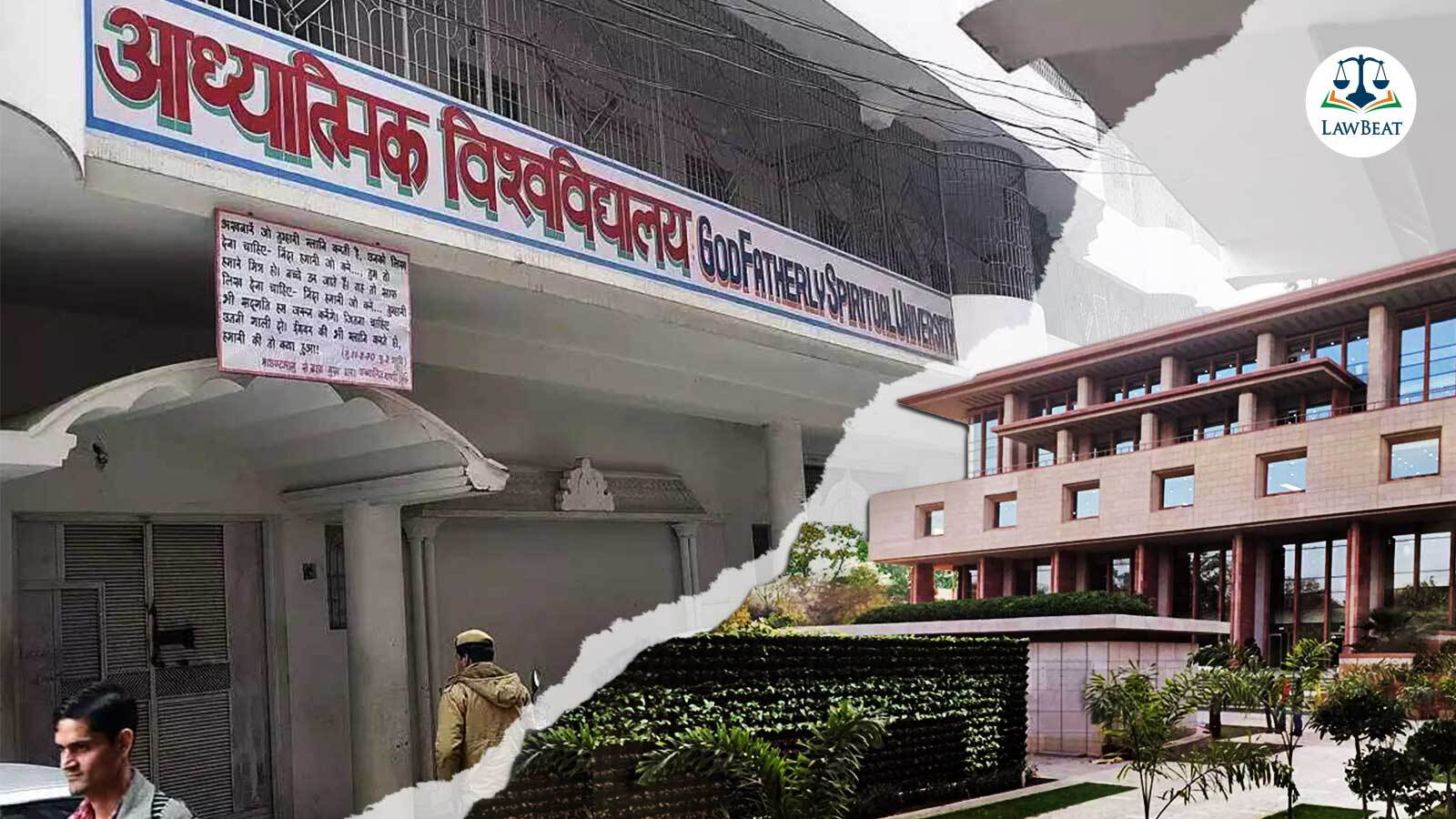 The plea concerns alleged confinement of around 162 girls in Adhyatmik Vishwa Vidyalaya, a spiritual ashram in Rohini led by one, Virendra Dev Dixit.

The Delhi High Court on Wednesday granted liberty to Adhyatmik Vishwa Vidyalaya to move an application for quashing the FIR filed against them by the members of the inspection team.

A Division Bench of Chief Justice Satish Chandra Sharma and Justice Subramoniam Prasad allowed the said application to be moved on account of a settlement arrived at between the parties, wherein the inspection team agreed for the FIR filed by them in return for the conditions of living to be improved for the female inmates.

The FIR filed by the inspection team was on account of the alleged manhandling and misbehaviour of the ashram authorities when the team went to inspect and videograph the premises.

On the other hand, counsel appearing for Centra Bureau of Investigation, claimed that he sought to oppose quashing of the said FIR. However, the court directed him to raise his objections against the quashing before the court where the quashing application is moved.

One of the female inmates of the ashram, Dumpala Meenavathi, was also present before the court. While her parents, who are respondents in the present matter, have also initiated proceedings against the Ashram on the ground that the Ashram authorities forbid them from seeing their daughter, Meenavathi claimed that she has been residing in the ashram out of her own free will and that she did not wish to see her parents.

While the court tried to nudge a settlement between the parties, requesting Meenavathi to occasionally meet her parents, she refused to do so all together.

"You dont understand the plight, she is your mother, she carried you in her womb for 9 months", remarked Justice Satish Chandra Sharma, "You must do certain things for your parents".

Meenavathi, on the other hand, claimed that every time she met her parents, they criticised her of her decision to quit her high paying job in the United States and move to the ashram. She claimed that her parents were not giving her a choice and that she did not want to see them.

In April this year, the Delhi High Court had expressed grave concern over the the alleged confinement of around 162 girls in Adhyatmik Vishwa Vidyalaya, a spiritual ashram in Rohini led by one, Virendra Dev Dixit.

The petition had been filed by the parents of the Respondent No.4, one Dumpala Meenavathi, who is also one of the residents in the ashram, stating that they have not been allowed to visit their daughter in the ashram, who has recently been complaining of severe back pain. The Petitioners, in the present case, were being represented by Senior Advocate Menaka Guruswamy.

The Petitioners had relied upon reports submitted by Advocate Nandita Rao and Ms. Swati Maliwal, Chairperson of the Delhi Commission for Women, respectively, which was filed in pursuance of an order of the Delhi High Court dated December 19, 2017 in a connected matter [WP(c) No. 13827/2017 titled ‘ Foundation for Social Empowerment v Union of India & Ors.]

The Delhi High Court by said order dated December 19, 2017 had constituted a committee to inspect the premises of the ashram. The report of the team was shocking and scandalous.

The committee reported that the inmates were severely mistreated and kept in deplorable conditions. The committee claimed that the toilets of the ashram did not have doors and were also not given proper bedding to sleep. Moreover, the committee also reported that all the inmates, some of whom seemed underage, claimed that they were residing in the ashram out of their own free will. When asked why they wished to stay in the ashram, they mechanically parroted the same line - that the world was in grave peril and that they have gathered together to save it.

Moreover, all the female inmates also seemed to be entirely averse to seeing their respective family members. The committee also found that the female inmates had addressed many letters to there families, in almost identical language, saying that they did not wish to meet them

Further developments have revealed that in 2017 the committee inspecting the ashram had filed an FIR against the ashram authorities allegedly manhandling the members of the inspection committee. The matter was referred for mediation on July 27, 2018 and finally a settlement between the committee and the ashram took place on September 6, 2018

During the mediation proceedings it was resolved that the inspecting team will not press for prosecution and cooperate in the matter of quashing the FIR, keeping in mind terms of the settlement.

Advocate Nandita Rao, a member of the inspection committee who had also previously raised concerns against the alleged mistreatment of the female inmates, has now stated that most of the girls seemed to be their on their own wishes. She has also submitted before the court that while initially the inspection team believed some girls inhabiting the ashram could be underage, medical reports have revealed that all the inhabitants are adults.

She submitted that many women in the ashram wished to stay so as to not be a burden to their families, some of whom were also mistreating them at home.