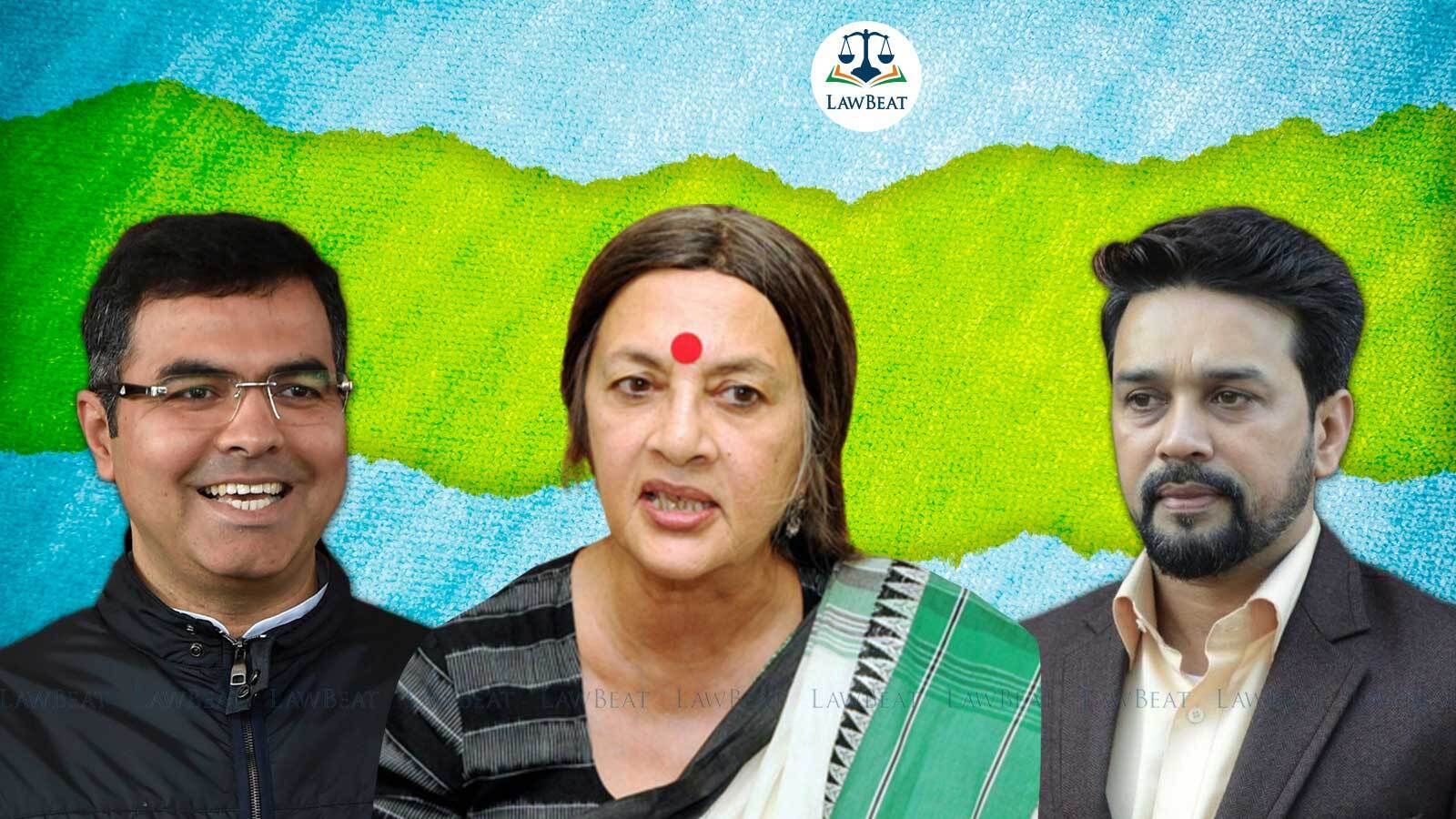 The Delhi High Court on Monday dismissed the plea filed by CPM leader Brinda Karat & KM Tiwari against order rejecting their plea for registration of FIRs against Anurag Thakur and Parvesh Verma for allegedly delivering hate speech in 2020.

The plea refers to various speeches made by the two politicians including the speech dated January 27, 2020 given by Anurag Thakur at a rally shouting the slogan "desh ke gaddaron ko, goli maaron saalon ko". Reference was also made to another speech made by Parvesh Verma dated January 27-28, 2020 while campaigning for Bhartiya Janata Party and subsequently in an interview given to ANI.

Justice Chandra Dhari Singh noted that the impugned order of trial court rejecting the plea filed by Bindra Karat had not entered into the merits of the case and had dismissed the same on the ground of lack of jurisdiction.

He further observed that although the present writ petition was maintainable, the same could not be entertained due to the availability of equally efficacious alternate remedies. He observed that the exercise of writ jurisdiction was limited by the availability of alternate remedies and that the same is a settled position of law. Moreover, he also held that the High Courts might find themselves incredibly burdened, should writ jurisdiction be entertained by them as a first resort. Thus, intervention by the High Court should not be exercised except in emergent cases, in the interest of justice, he said.

The court also noted that the petitioners had failed to follow the procedure prescribed under the Code of Criminal Procedure, 1972.

The court had reserved its order on March 25, 2022. The petitioners alleged that the speech made by Thakur and Verma threatened to use force to remove protestors who were at Shaheen Bagh protesting against the Citizenship Amendment Act and to promote hatred and enmity against Muslim persons by portraying them as invaders.

On a previous occasion, the Election Commission had also issued a show cause notice to the Union Minister Anurag Thakur for the slogans raised by him. The Commission observed that prima facie the slogans had the potential of disturbing communal peace and harmony.

The Chief Electoral Officer of Delhi had also sent a report to the EC concerning the provocative slogans raised by BJP MP Parvesh Sahib Singh.

Cause Title: BRINDA KARAT AND ANR. v. STATE OF NCT OF DELHI AND ANR