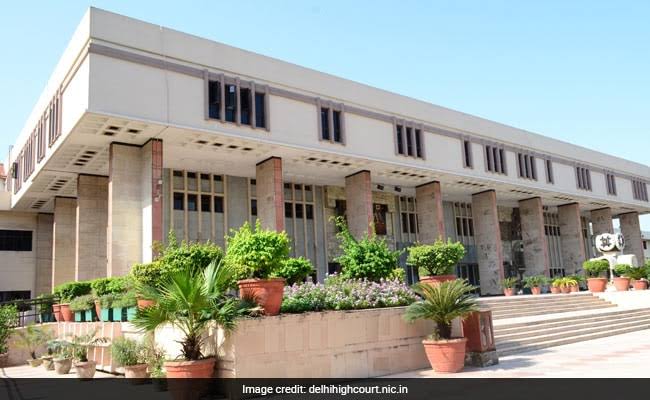 A bench of Justice Manoj Kumar Ohri of the Delhi High Court has upheld summons issued to one Nikhil Arya, a student of Srimad Dayanand Ved Vidyalaya in Delhi's Gautambudh Nagar, accused of committing offences under Section 377 IPC and Section 10 of the Protection of Children from Sexual Offences Act (POCSO) on another child in the same school.

The court stated that at the stage of summoning, the Trial Court is not required to pass a detailed order but is required to apply its judicial mind which must be discernible from the order itself and that in the present case, it was indicated that the Trial Court had gone through the charge sheet, the supplementary charge sheets as well as the material.

As the petition before it was preferred under Section 482 of CrPC, the court also said that it is settled law that at this stage, the Court will neither embark upon an enquiry as to whether the material placed on the record is reliable or not, nor would it go into disputed questions of facts.

The summons were issued and supplementary chargesheet filed on a complaint lodged by the child victim (about 16/17 years old at the time) on September 4, 2017 upon which an FIR was registered under Section 377 IPC and Section 10 of the POCSO Act against one Nikhil Arya - also a student of the school - and others.

The complainant alleged that during his stay at the school, he had been harassed for one and a half months and that on the intervening night of August 4 and 5, 2017, at about 12:50 am the said Nikhil Arya, after awakening him, took him to the teachers room and sexually exploited him.

The complainant states that he informed the same to one Raman and thereafter went to police station Hauz Khas. His mother was called to the police station at about 2:30 am and "to avoid any insult, they had entered into a compromise under the pressure of persons by the name of Rampal, Subhash, Pradeep, Bhupesh and Yogesh."

Thereafter, he stated, one Swami Pranavanand levelled allegations against him of stealing dry fruits and rusticated him the school. After going home, the complainant narrated the incident to his mother and the present FIR was lodged.

Senior Counsel RN Mittal argued that the petitioners could not have been summoned as the complaint was filed by clubbing two incidents dated and that the petitioners had no role in the second incident dated September 2, 2017 and that the second being distinct and separated from the first incident by a period of one month could not have been clubbed with it and there couldn't be a joint trial.

It was further pointed out that the case was prima facie false and that while the first incident dated August 4, 2017 was not reported till September 4, 2017, and was not investigated either, the second
incident stood falsified by the FSL Report on the footage seized from the CCTV cameras which showed that Nikhil Arya was not present in the said washroom at all.

It was also argued that the summoning order is cryptic, shows non-application of mind and was passed prior to filing of the second and third
supplementary charge sheet; at which time the Trial Court did not have the benefit of the FSL report.

Petitioner Hari Dev Acharya @ Pranavanand's absence from India at the time of the first incident was also relied upon. It was also argued that the FIR was filed with malafide intentions as the child victim was caught stealing dry fruits and the same was captured in CCTV cameras of the school.

The prosecution's main arguments were that the complainant was actively connived into entering into a compromise and not pressing the complaint, that the medical examination report of the victim supported his allegations and that the reliability and admissibility of the CCTV footage relied upon by the petitioners would only be tested and determined during the trial.

The court found that the victim was medically examined at AIIMS on September 4, and the concerned Doctor had stated that after thorough medical examination of the child victim, he was of the considered opinion that “…insertion of penis or penis like object cannot be ruled
out.”

It further said that "a plain reading of clause (d) of Section 223 Cr.P.C. indicates that when different offences are committed by different persons during the course of "same transaction", they can be charged and tried together. In the present case, while the accused Nikhil Arya is alleged to have committed an offence under Section 377 IPC and Section 10 of the POCSO Act, the present petitioners are accused of not informing the concerned authorities about the said offence in spite of having knowledge about it and thus being guilty of committing the offence punishable under Section 21 read with Section 19 of the POCSO Act," and held that "where there
is a commonality of purpose or design, where there is a continuity of action, then all those persons involved can be accused of the same or different offences “committed in the course of the same transaction”."

In the facts of the present case the court held that the offences could be said to be a part of the same transaction, and that a joint trial is permissible. It also said that even though it was argued orally that one of the accused persons was travelling abroad at the time of the first incident, no material to this effect was placed on record.

About the question of theft by the victim being proved by a CCTV footage, the court held that the same is not an evidence of unimpeachable character, leaving no scope for a doubt.

Thereafter, relying upon the statements of the mother and the sister of the child victim, and the material filed along with the chargesheet, the court held reiterated the legal position on the role of the court for issuance of summons and in a case of Section 482 CrPC, and held that prima facie, it cannot be said that ingredients of offence alleged to have been committed are not made out or that any other ground for quashing of the FIR including delay or malafides, is made out.

Noting thus, it dismissed the petition for being devoid of merits and upheld the summons.