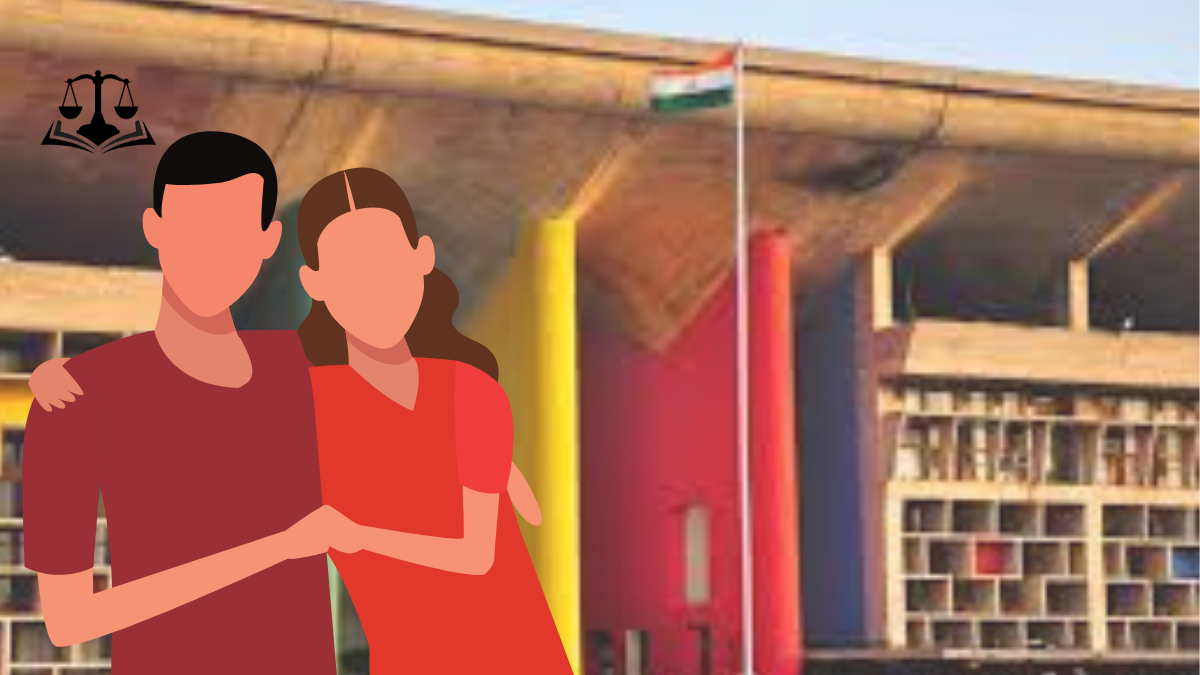 The Punjab & Haryana High Court has observed that it is pertinent that persons who are involved in live-relationships are given protection and not providing them the same would be travesty of justice.

The Court was hearing a plea filed by petitioners (Girl, 17 years and Boy, 20 years) seeking protection of their life and liberty at the hands of their immediate family members.

It must be noted that the petitioners had not approached the court either seeking permission to marry or for approval of their relationship. The limited prayer as noted was for grant of protection to them, fearing the ire of family members of girl, on account of the parties residing together without the sanctity of a valid marriage.

The Single Judge Bench of Justice Sant Prakash disposed of the petition and directed the Senior Superintendent of Police, Bathinda to decide the representation of the petitioners within a period of one week from the date of receipt of a copy of this order and grant them protection, if any threat to their life and liberty is perceived.

The Bench also made clear that the order shall not be taken to protect the petitioners from legal action for violation of law, if any committed by them.

According to the facts of the present case, Seema Kaur (petitioner No. 1) is aged 17 years and 3 months whereas Gurpal Singh (petitioner No. 2) is 20 years old. The parents of girl wanted her to marry a person of their choice as they had come to know about her love affair with boy. As a result the girl left her paternal home on 17.05.2021 and went to the boy and since then, both of them are residing together. The petitioners decided to live together till such time as they could solemnise a marriage, on attaining the marriageable age.

The Assistant Advocate General, Punjab Bhupender Beniwal, accepted the notice of motion on behalf of the official respondents-State and submitted that,

“the couple seeking protection are not married and according to their own pleadings are in a live in relationship. He would submit that the Coordinate Benches have recently dismissed similar matters, where protection was sought by persons who are in live-in relationship.”

Taking into account the factual matrix of the present case the Bench relied upon a judgment rendered by the Division Bench of present HC, in Rajwinder Kaur and another Versus State of Punjab, 2014 (4) RCR (Criminal) 785 and observed that,

“…marriage is not a must for security to be provided to a runaway couple. The police authorities were directed to ensure that no harm was caused by anyone to the life and liberty of the couple.”

The Bench further observed that,

“The concept of a live in relationship may not be acceptable to all, but it cannot be said that such a relationship is an illegal one or that living together without the sanctity of marriage constitutes an offence. Even under The Protection of Women from Domestic Violence Act, 2005, a woman who is in a ‘domestic relationship’ has been provided protection, maintenance etc. It is interesting to note that the word ‘wife’ has not been used under the said Act. Thus, the female live-in-partners and the children of live-in-couples have been accorded adequate protection by the Parliament.”

The Bench also referred to SC judgment in the, Shakti Vahini Versus Union of India and others, 2018 (5) R.C.R (Criminal) 981 where it was held that,

“The right to exercise Assertion of choice is an insegregable facet of liberty and dignity… Once an individual, who is a major, has chosen his/her partner, it is not for any other person, be it a family member, to object and cause a hindrance to their peaceful existence. It is for the State at this juncture, to ensure their protection and their personal liberty.”

Therefore, in the present case the Bench noted that, the petitioners herein have taken a decision to reside together without the sanctity of marriage and it is not for the courts to judge them on their decision.

Lastly, the Court noted that the petitioners have not committed any offence, therefore it finds no reason as to why their prayer for grant of protection be rejected. The Bench stated that,

“…with due respect to the judgments rendered by the Coordinate Benches, who have denied protection to couples who are in live in relationship, this court is unable to adopt the same view.”

[Case title - Seema Kaur and another v. State of Punjab and others]