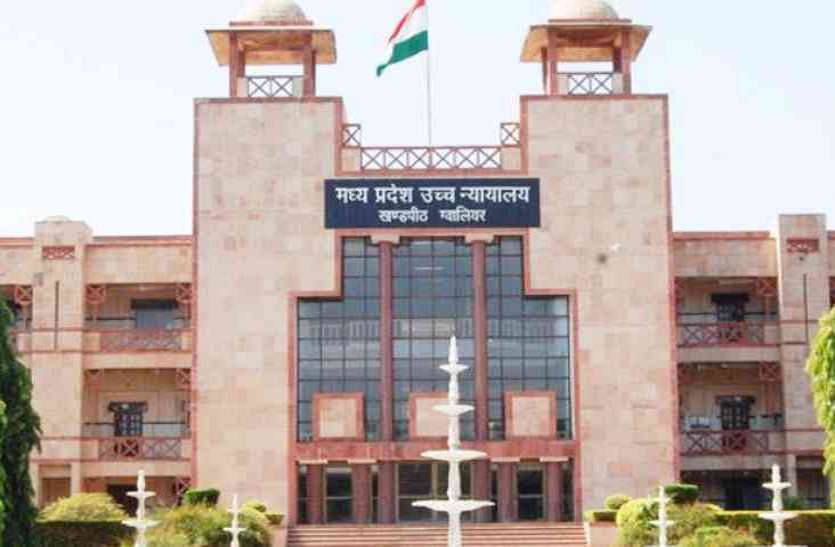 The Madhya Pradesh High Court recently rejected the appeal of State of MP and upheld the view of a single judge bench of the HC observing that the policies of the government which bar a married daughter to get compassionate job is violative of Articles 14,15, 16 and 39(a) of the Indian Constitution to such extent.

The division bench of Justice Sheel Nagu and Justice Anand Pathak observed that,

According to the facts of the present case, the learned Single Judge while exercising writ jurisdiction under Article 226 of Constitution of India allowed petition in question by which the challenge was made to an order dated 09.09.2020 passed by respondent No.2/appellant No.2 rejecting claim for compassionate appointment of respondent who happened to be married daughter of deceased Government servant who died in harness on the post of ASI (M).

The bench further observed that, the offending clause which restricts such consideration only for such married daughter is subject matter of consideration and examination. The Constitution Bench of Supreme Court in Budhan Choudhry(Supra) held that substantive law, procedural law or even an action can be interfered with if it does not pass the “litmus test” laid down in the said case. Hence, in a case of this nature, adjudication is not required regarding creation of right of married woman, indeed, judicial review is focused against curtailment of claim of such married womanwhen deceased government servant died leaving behind son/s.”

It is known that the Human rights and fundamental freedom have been reiterated by the Universal Declaration of Human Rights. Democracy, development and respect for human rights and fundamental freedoms are interdependent and have mutual reinforcement. All forms of discrimination on grounds of gender is violative of fundamental freedoms and human rights. Vienna Convention on the Elimination of all forms of Discrimination Against Women (for short ‘CEDAW’) was ratified by the UNO on 18-12-1979. The Government of India who was an active participant to CEDAW ratified it on 19-6-1993 and acceded to CEDAW on 8-8-1993 with reservation on Articles 5(e), 16(1), 16(2) and 29 thereof.

Article 1 defines discrimination against women to mean - “any distinction, exclusion or restriction made on the basis of sex which has the effect or purpose on impairing or nullifying the recognized enjoyment or exercise by women, irrespective of their marital status, on a basis of equality of men and women, all human rights and fundamental freedoms in the political, economic, social, cultural, civil or any other field”.

Though the directive principles and fundamental rights provide the matrix for development of human personality and elimination of discrimination, these conventions add urgency and need for immediate implementation. It is, therefore, imperative for the State to eliminate obstacles, prohibit all gender-based discriminations as mandated by Articles 14 and 15 of the Constitution of India.

Taking into account the factual matrix of the present case the bench relied upon the SC judgment in Secretary, Ministry of Defence vs. Babita Puniya and others where it was opined that,

“The policy decision of the Union Government is a recognition of the right of women officers to equality of opportunity. One facet of that right is the principle of nondiscrimination on the ground of sex which is embodied in Article 15(1) of the Constitution. The second facet of the right is equality of opportunity for all citizens in matters of public employment under Article 16(1).”

The court further observed that,

“In view of catena of judgments referred hereinabove, it can be safely concluded that Clause 2.2 to the extent it deprives married woman from right of consideration for compassionate appointment violates equality clause and cannot be countenanced. By introducing Clause 2.4, the Government partially recognised the right of consideration of married daughter but such consideration was confined to such daughters who have no brothers. Clause 2.2, as noticed, gives option to the living spouse of deceased government servant to nominate son or unmarried daughter. There is no condition imposed while considering a son relating to marital status. Adjective/condition of “unmarried” is affixed for the daughter. This condition is without there being any justification and; therefore, arbitrary and discriminatory in nature.”

Thus the bench was agreement with the conclusion drawn by Indore Bench in Smt. Meenakshi(Supra) and deem it proper to answer the reference as under:

“Clause 2.2 of the policy dated 29.09.2014 is violative of  Articles 14, 15, 16 and 39(a) of the Constitution of India to the extent it deprives the married daughter from right of consideration for compassionate appointment. We find no reason to declare Clause 2.4 of the policy as ultra vires. To this extent, we overrule the judgment of Indore Bench in the case of Meenakshi(Supra)”

In view of above, the court found no reason to take a different view than the one taken by learned Single Judge. Accordingly, appeal stood dismissed.

“Accordingly, respondents No.2 & 3/appellants No.2 & 3 are directed to carry out the directions of learned Single Judge passed on 25.11.2020 in W.P. No.15382/2020 (S) by considering the claim of respondent/petitioner for compassionate appointment by passing a speaking order within a period of two months from date of receipt of copy of this order.” –ordered the bench.