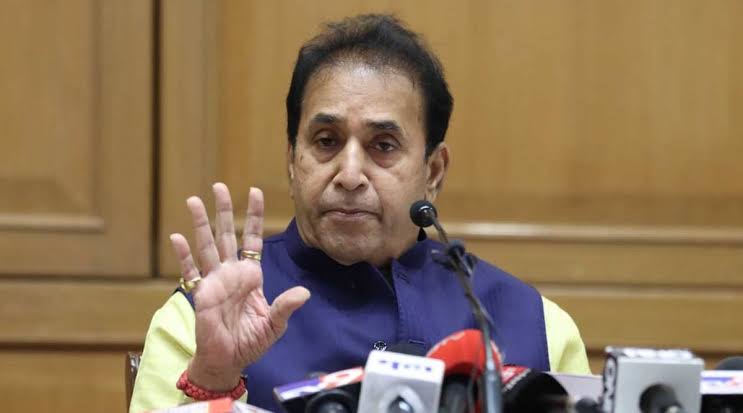 Former Maharashtra Home Minister Anil Deshmukh today withdrew an appeal against an order of a Trial Court directing for a probe by the Central Bureau of Investigation (CBI) against him in a document leak case.

Deshmukh had approached Court stating that the nature of observations in the impugned order was such that it seemed as if the Trial Court order was directing the CBI to implicate him in the matter.

A bench of Justice Subramonium Prasad of the Delhi High Court refusing to accept this contention said that, "It is needless to state that a specialized investigating agency like CBI does not get carried away by the observations made by the magistrate while ordering further investigation. It is obvious that the CBI would act independently. The petitioner is not pressing the petition at this stage."

The Trial Court had taken cognizance against CBI Sub-Inspector Abhishek Tiwari, Deshmukh's lawyer Anand Dilip Daga, and unknown others in the matter.

Adv. Vikram Chaudhri appearing for Deshmukh argued that the Special Judge could not have 'put words in the mouth of the CBI' and it seemed as if the Court was dictating the investigating agency to proceed against Deshmukh.

"Why should the judge say that you have left someone, when there is no evidence found? If evidence is there, I may be implicated," Chaudhari added.

Rejecting this argument, the Court said that the judge had only given reasons for further investigation in the impugned order.

On the other hand, Nikhil Goel appearing for CBI submitted that the agency, much before the observations were made by the Special Judge, had given replies in the bail applications moved by the accused persons before the High Court, thereby suggesting that the agency had not proceeded with the matter only after the impugned order.

Cause Title: Anil Vasantrao Deshmukh vs State of Maharashtra through its Secretary