"He doesn't have the courage to add Salman Khurshid as a party": Delhi High Court questions plea against 'Sunrise Over Ayodhya' where author Khurshid not made party 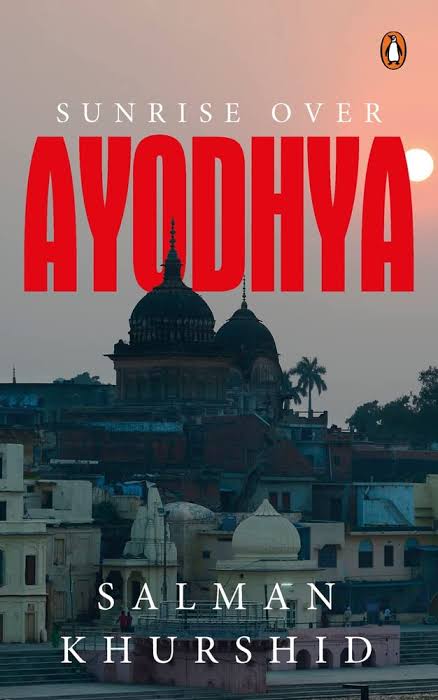 The Delhi High Court today disposed of a plea seeking ban on sale, purchase and circulation of former Union Minister Salman Khurshid's book, 'Sunrise Over Ayodhya: Nationhood in our times' noting that Khurshid had not been made a party in the matter at all. The court remarked on the issue, "We can't stop him (the Petitioner) from coming to court, but he doesn't even have the courage to add Salman Khurshid as a party. What will he argue?"

The matter was being heard by a Division Bench of Chief Justice (CJ) DN Patel and Justice Jyoti Singh. CJ Patel clarified, however, that the Court is not going into the merits of the case and said that the petitioner could either withdraw this matter or the bench would proceed to pass an order.

Refusing the petitioner's prayer to add Khurshid as a party in the present petition, the Court proceeded to dispose of the plea stating that the petitioner could file a fresh petition after having added the necessary and essential parties in the same.

The case was being argued by Adv. AK Dubey who refuted the Court's suggestion that the petitioner had deliberately not added Khurshid as a party in the matter.

The petitioner's main grievance was the parallels drawn in the book between Hindutva and militant groups Boko Haram and ISIS.

It went on to say, "If you are so shy of naming the author, you should not have filed this public interest litigation," and said that this was a "chance-taking petitioner".

Earlier, a single judge bench of Justice Yashwant Verma of the Delhi High Court had dismissed a similar petition preferred by Adv. Vineet Jindal against the book. The bench had said, "If people are so sensitive, what can we do? You could have shut your eyes and not read it (the allegedly inciting remarks about Hindutva)."

Cause Title: Rakesh vs Union of India & Anr.