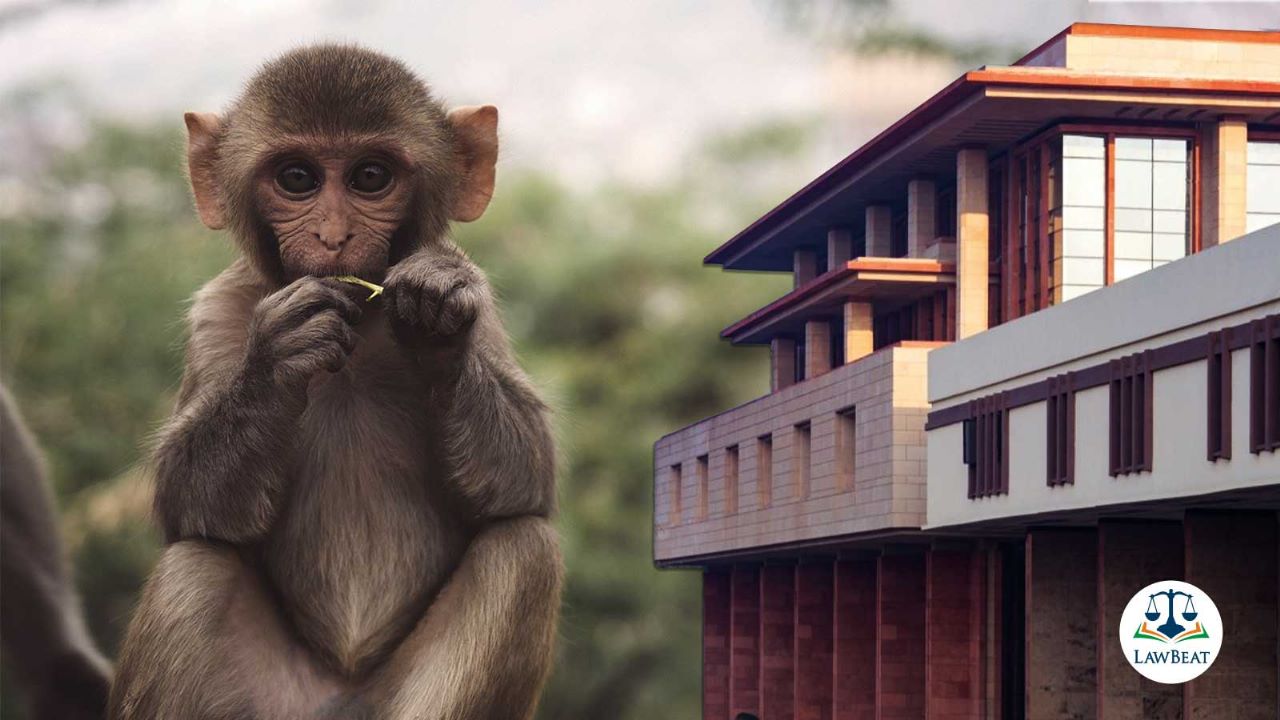 The petitioner pointed out that as per the 2015 data from the Center-run Primate Research Centre, Jodhpur, the national capital reported over 950 cases of monkey attacks in 2018 and an estimated 20 such incidents daily in 2019.

The Delhi High Court on Friday asked the Delhi Government to submit earlier orders passed by the court in relation to the issue of the monkey menace in Delhi.

Court was hearing a plea against the alarming infestation of the simian population and a consecutive increase in the cases of monkey bites.

A bench of Chief Justice Satish Chandra Sharma and Justice Subramonium Prasad also asked Advocate Shashwat Bharadwaj, the petitioner appearing in person, to file the order in which directions had been passed by Justice Swatanter Kumar while dealing with the issue of monkey menace in Delhi, after the bench was informed that these directions have shockingly, still not been effectively implemented.

Through the present plea, Bharadwaj raised the issue that New Delhi has a perennial problem with the vaulting ambitions of the simian race. Monkeys are usually seen, amidst screams of surprise from unsuspecting passers-by, roaming around the centers of power in the national capital, he stated.

Bharadwaj pointed out that the situation is grave even in the premises of Delhi High Court as near the glass canteen monkeys are seen snatching food etc.

Whereas, the counsel for Delhi Government submitted that they had invited tenders for employing monkey catchers but no agency is coming forward. In this regard, Bharadwaj submitted that it is the best reply they could have given to run away from this problem.

In view of the above, while allowing time to the parties to submit order copies, the bench listed the matter for further hearing on March 22.

The present plea submitted that "the graveness of the situation is evident from the fact that in the month of March 2022, the Supreme Court of India had floated tenders for recruitment of 'monkey scarers' to be deployed close to the residential bungalows (including guest houses) of the Judges located within a radius of 3 to 4 Kilometres from the Supreme Court of India".

Additionally, the plea mentioned that several directions had been passed by the High Court in the year 2007 while dealing with a writ petition filed by the residents of New Friends Colony, to deal with the menace of not only stray monkeys but also other stray animals such as cattle and dogs. It is quite amusing to note that despite two decades since the directions passed by the High Court, little headway has been made in the efforts to curb the 'monkey menace' in Delhi, the plea added.

It was also submitted that "it is shocking to note that despite the Central Government sanctioning Rs 5.43 Crore to Delhi's Forest Department in January 2019 for sterilization of 8,000 monkeys in the first year of its 3-year plan, not a single monkey has been sterilized".