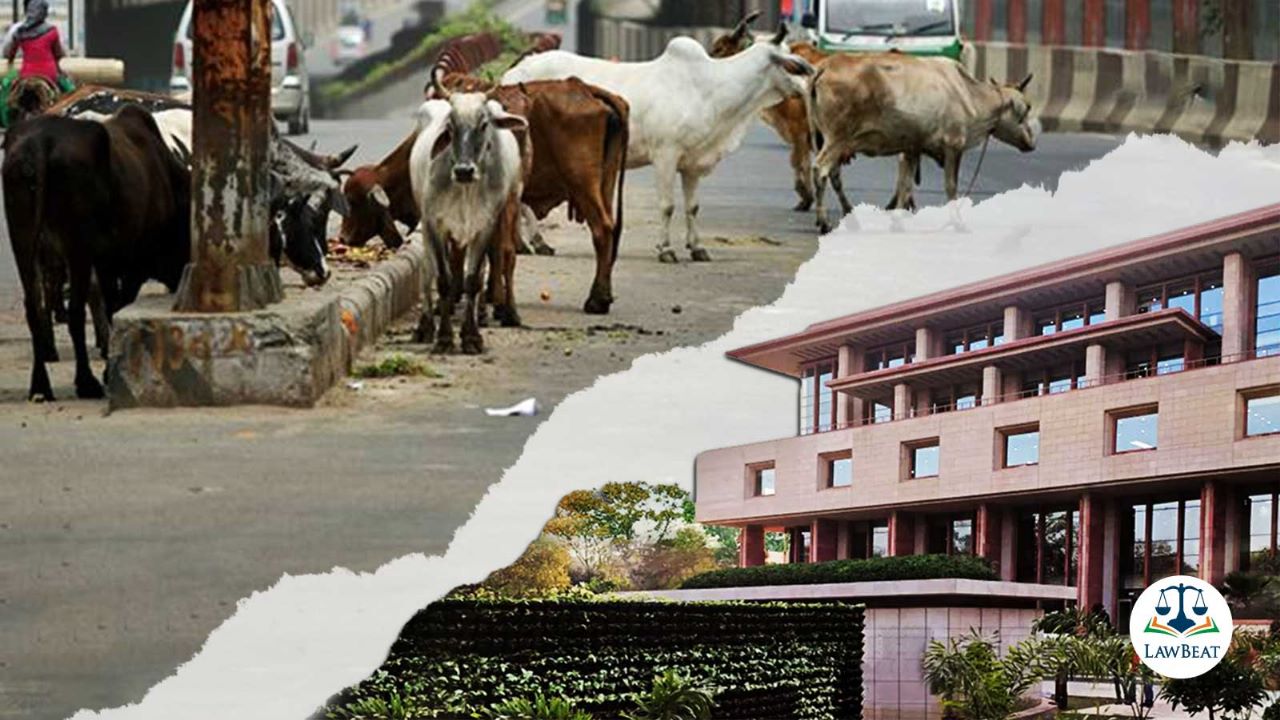 The plea stated that the roaming cows after eating the garbage spread it on the roads and sometimes cows die on the roads as well.

The Delhi High Court on Tuesday slammed the Delhi Government and directed it to remove the cows from the main roads, other roads, and streets in Delhi and give them shelter home at far-off places from the said roads.

A bench of Chief Justice Satish Chandra Sharma and Justice Subramonium Prasad said that repeating the guidelines issued for the removal of cows from the roads is not the solution, and that the officer responsible will have to go the jail if it's not done.

The bench was hearing a plea filed by Advocate Faraz Khan alleging that the cows are roaming freely on the streets, main road, and other parts of Delhi and New Delhi without any permission or sanction from the concerned authorities.

It was argued that the said cow owners are intentionally allowing the cows to roam freely on the streets, roads, and main roads of Delhi despite the fact that many years ago the cow owners were provided alternative sites for their cows and buffalo at out-skirts of Delhi.

Additionally, it was submitted that the cow owners are misusing their positions and have again kept the cows in Delhi and the said cows are roaming freely in Delhi. These cows spread cow dung here and there on the roads and the sides of the road and streets, the plea added.

Furthermore, the plea submitted that the public at large is facing hardships and problems and it has became difficult for the owners of the vehicles i.e. cars, scooters, motorcycles, etc. to pass through the roads and streets and in the process of saving the cows by the drivers of these vehicles there occur the accidents in different parts of Delhi and due to that traffic jams on the roads and streets also becomes a problem.

Given the above, the Court directed the Delhi Government to issue instructions for the removal of cows from roads.