Judiciary will have to strive hard to ensure speedy justice for comman man: Justice Aravind Kumar in Farewell Speech 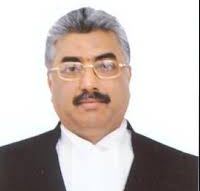 During the farewell ceremony organised by the Karnataka High Court for Acting Chief Justice Satish Chandra Sharma and Justice Aravind Kumar, the latter highlighted the aspect of speedy justice for citizens and the role played by Alternate Dispute Resolution in the said process.

"The judiciary will have to strive hard to ensure speedy justice and that the same is delivered. The establishment of the e-traffic courts is one such step taken by the High Court of Karnataka under the stewardship of the then Hon'ble Chief Justice Abhay Shreeniwas Oka, now adorning the bench of the Supreme Court."

The public must be made aware of alternate dispute redressal mechanisms, opined the judge.

"The Bar and the Bench will have to work in tandem to wipe the tears of those claiming for justice to be delivered. The members of the legal fraternity will have to enlighten the litigant public and solve their disputes by adopting alternate dispute redressal mechanisms, as provided under Section 89 of the Code of Civil Procedure..."

Adding on, Justice Kumar also spoke on the proactive role to be played by both, the members of the Bar as well as the judges in the dispensation of justice to the citizens of the country.

These pertinent views were made by the Judge while opining that litigants are generally only concerned with the end result of the dispute rather than the principle of law enunciated in the judgment.

However, at the same time, it has to be noticed, depending upon the facts unfolded in each case, the enunciated principle of law has to be applied and not vice-versa, added Justice Kumar.

Acting Chief Justice Sharma thanked all the members of the Bar for their co-operation and said that it was a great privilege to serve the judiciary in Karnataka for over eight months.