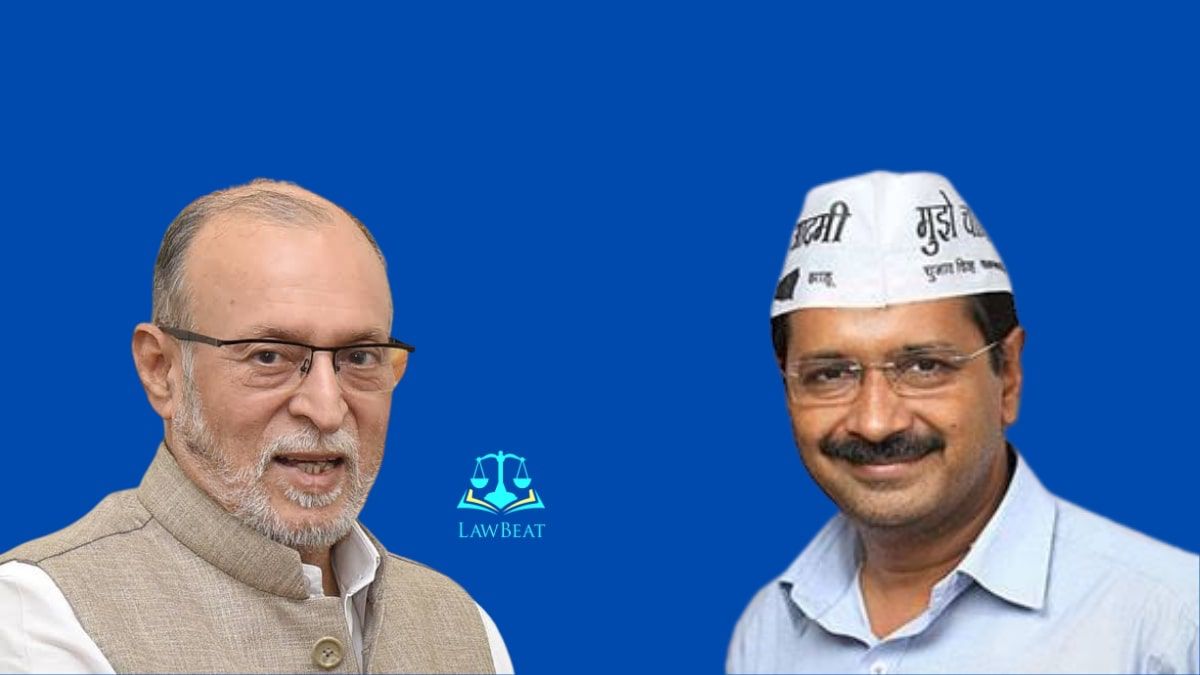 Objecting to the Lieutenant Governor's decision appointing a panel of lawyers chosen by the Delhi Police to argue Farmers' Protest and Delhi Riots' cases, the Delhi government today told the Delhi High Court, "The LG cannot interfere in each and every decision of the Delhi Government, and that the LG is bound by the aid and advise of the Council of Ministers of Delhi Government except in matters of land, police and public order."

Appearing for Delhi Government, Sr. Adv. Rahul Mehra further told the Court, that this amounted to the investigating agency entering the domain of the prosecution and with this, no difference would remain between the police and prosecution.

Supporting Mehra, Sr. Adv. Abhishek Manu Singhvi pointed out that with over 10 weeks having passed since issuance of notice and no reply filed till date, the right to file pleadings may be closed. He also said that with the LG's move, the "entire public prosecution system is in chaos."

However, the Court proceeded to grant further time to the Lieutenant Governor, Delhi for responding to the plea filed by the Aam Aadmi Party-led government.

Through the decision under challenge, a panel of lawyers chosen by the Delhi Police as Special Public Prosecutors (SPPs) were appointed to argue the said cases.

The Delhi Government has also referred to the judgment in Government (NCT of Delhi) v Union of India, (2020) wherein a Division Bench of the Supreme Court had categorically held that the power to appoint SPPs lies with the Delhi Government under provisions of the Code of Criminal Procedure.

The division bench of Chief Justice D N Patel and Justice Jyoti Singh had earlier sought response from the Centre and the LG and listed the case for hearing on Oct 21.

The Delhi Government had submitted to the court that, "The appointment of the SPPs chosen by the Delhi Police in the present case will seriously jeopardise the fair trial in the cases related to farmers’ agitation and North-East Delhi Riots/ Anti-CAA protests."

Sr. Adv. Abhishek Manu Singhvi represented the Delhi Government in the petition which has been filed through Adv. Shadan Farasat.

It was submitted that the government had rejected the Delhi Police’s request to appoint its chosen advocates as SPPs on the ground that the ‘prosecutor’ must be independent of the ‘investigator’ in keeping with the prosecutor’s role as an independent officer of the Court and in order to fulfill the constitutional guarantee of a fair trial.

The cabinet agreed to appoint independent SPPs which was not agreeable to the LG, it added. LG had then referred the issue to the President.

The government has argued that, “This ‘difference of opinion’ and consequent referral thereof to the President by the LG is in the teeth of Article 239AA(4) as interpreted by the Hon’ble Supreme Court “.

“The appointment of prosecutors is a routine matter of administration, relatable to Entries 1 and 2 of the Concurrent List. It has no adverse implications on vital interests of the nation. It cannot, by any stretch of  imagination, qualify as an exceptional, extreme or unusual situation which warranted a reference to the President,” it added.

The government has also contended that the appointment of SPPs chosen by and at the behest of the investigating agency, i.e., Delhi Police and approval of such appointment by the President impinges on the independence of the SPPs and is contrary to established legal principles and violates the constitutional guarantee of a fair trial.