Liberty Albeit Fundamental To Human Dignity, Is Regulated By Law: Delhi Court denies bail to an accused in the Tractor Rally Violence 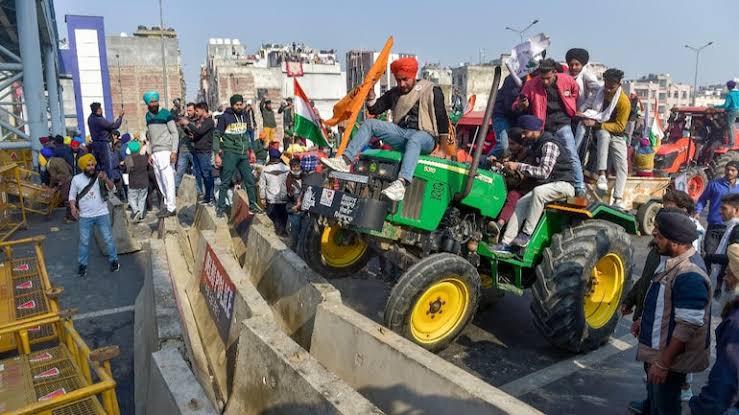 In its decision on March 22, 2021, a Delhi Court denied bail to an accused in the Tractor Rally Violence that took place on 26th January, 2021.

Accused was booked under provisions of the Penal Code, 1860, Arms Act, 1959, Prevention of Damage to Public Property Act, 1984 and Ancient Monuments and Archaeological Sites and Remains Act, 1958.

“The photographs and videos shown to the Court during arguments clearly show overt act on the part of the applicant in the alleged crime that he is waving big sword in his hands in the prohibited area of Red Fort. The argument of Ld. Senior counsel that every citizen has right to celebrate republic day in his own way and it was the way of applicant to celebrate the republic day is prima-facie not convincing because no citizen can have unfettered liberty to celebrate the national event in the way the applicant is shown in the photographs is doing.”

Counsel for the applicant submitted that as per the contents of FIR no specific role was assigned to the applicant in the alleged crime and at the most, the allegations against the applicant were of breaking barricades which attract only Section 186 IPC.

Further, the applicant was neither an instigator, agitator or has any active role in the crime nor was he part of the violence that happened in the Red Fort Area.

Counsel for the State submitted that allegations against the applicant are of sensitive nature involving national issue. Photographs placed on record by IO clearly reflect that he attacked the police personnels with swords in both hands.

Custodial interrogation of the applicant is stated to be required to unearth certain facts.

Senior counsel for the applicant also argued that the applicant was doing Marshal Arts at the Red Fort with a kanda (big sword) and on Republic Day every citizen has the right to celebrate the way he or she wants to.

Court while stating that no grounds for anticipatory bail are made out, noted that there was clear reflection of an overt act on behalf of the applicant, in the form of waving sword, prohibited in the Red Fort Area.