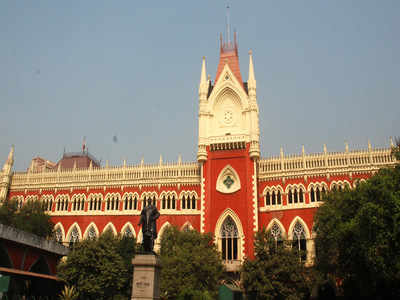 Calcutta High Court, in its recent judgment, upheld the validity of a Look-Out Circular issued in India on the basis of Bankruptcy proceedings held by a Court in Singapore.

Justice Sabyasachi Bhattacharyya, while dismissing the petition challenging validity of the  Circular, held, “Not only the economic interests of India but bilateral relations with Singapore (both of which are recognized in the relevant Office Memoranda as valid grounds of issuance of LOC) will suffer in the event the petitioner is permitted to leave India, thereby evading repayment of the huge loans taken by him from the Singapore branch of respondent no.3, a nationalized and Government undertaking bank of India.”

The petitioner carried on trading through his company at Singapore and applied for credit facilities with various banks, including the branch of Respondent 3 (UCO Bank) at Singapore. It is to be noted that Respondent 3 is a Government Undertaking Bank of India.

High Court of Singapore passed an order on 09.10.2020, directing the petitioner’s company to be wound up and subsequently issued a Bankruptcy Order against the petitioner dated 19.11.2020.

On 25.01.2021, the petitioner was scheduled to travel to Tanzania and accordingly boarded a flight from Kolkata to Mumbai for the said purpose. Upon reaching Mumbai, the petitioner went for immigration clearance but was disallowed to cross the immigration channel. He was informed that such restraint was imposed pursuant to a Look-Out Circular (LOC) issued on a complaint filed by Respondent 3. The said LOC prohibited extra territorial movement of the petitioner.

Learned counsel for the petitioner argued that since the business of the petitioner was with the Singapore Branch of the UCO Bank and not with Respondent 3 (Indian Branch of UCO Bank), no cause of action arose on behalf of respondent 3 to lodge a complaint asking for an LOC to be issued; “The winding up and bankruptcy orders passed by the Singapore Court, under the law of Singapore, could not have any bearing on the present Look Out Circular. It is submitted that the respondents have not established any violation by the petitioner of any Indian law and/or any threat to the sovereignty, security or integrity of India and/or the economic interests of India, sufficient to justify issuance of the LOC.”

Learned counsel appearing for the Bank submitted that Respondent 3 is a Nationalized Bank and any transaction with respect to any of its branches, including the Singapore Branch directly affects the interests of Respondent 3, and in turn the economy of the country, legitimising the issuance of complaint upon which the LOC was issued.

It was further averred that no matter no Indian Law has been violated, the fact that the petitioner has been declared insolvent with his company bankrupt, raises sufficient apprehension against non-repayment of loan as taken by the petitioner from Singapore Branch of the Respondent Bank. In such circumstances, if the petitioner travels out of India, Respondent 3 will have no means to enforce repayment of the loans taken.

With respect to the contention that there was no cause of action against the Indian Branch of the UCO Bank; Respondent 3, the Court noted, “No distinction can be drawn, merely on territorial grounds, between the UCO Bank of India and its branch at Singapore. The branches of a bank are, as the nomenclature suggests, outlets of the bank itself and not separate juristic entities. The transactions carried out through those branches are those which have, at their source, the parent branch which, in the present case, is the UCO Bank in India. Admittedly, the UCO Bank is a nationalized bank and a Government of India undertaking. Thus, the financial interests of the Singapore Branch of respondent 3 are inextricably linked with those of the respondent no.3 itself and, consequently, with the interests of Indian public money.”

Concerning Office Memorandums referred to in the petition, Court said, “… the conspectus of the issuance of LOCs was broadened from mere suspected terrorists and anti-national elements to the economic offenders hampering the interests of India as a whole.”

Holding the LOC valid and dismissing the petition on contest, the Court held, “The present writ petitioner is not a mere sailor in a merchant vessel, whose livelihood depends on travels outside India and, has to have a steady income by dint of such travels to put money into his salary account… The present petitioner is a declared bankrupt with his only company, disclosed in the writ petition, having been wound up by orders of a competent court of Singapore, which country is the admitted business base of the petitioner.” In such circumstances, “… it does not lie in the mouth of the petitioner to say that his rights of travel touch his personal liberty under Article 21 of the Constitution of India.”