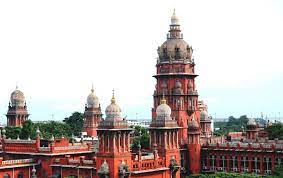 According to sources, the Madras High Court has directed the state government to allocate 50% of the super-speciality seats in government medical colleges in Tamil Nadu to in-service government doctors for the academic year 2021-22.

A bench of the Supreme Court in Tamil Nadu Medical Officers Association vs Union of India, based on an appeal of the Kerala government, had held that 50 per cent of super specialty seats can be allotted to in-service doctors in 2021-22 if there is no legal impediment.

It may be recalled that Tamil Nadu government had allotted 50 per cent of super-specialty seats to in-service doctors by conducting a state-level entrance test till 2016.

After listening to arguments advanced by Sr. Adv. P Wilson and Adv. G Sankaran for the petitioner, the judge passed the orders for the implementation of the government order which allocated 50 per cent of seats in super-speciality courses in favour of in-service doctors of Tamil Nadu, for the current academic year.

Cause Title: Dr. D. Suresh vs Union of India & Ors.