Madras High Court sets aside fraudulent order of appointment, says can't conclude about involvement of Minister who is not a party 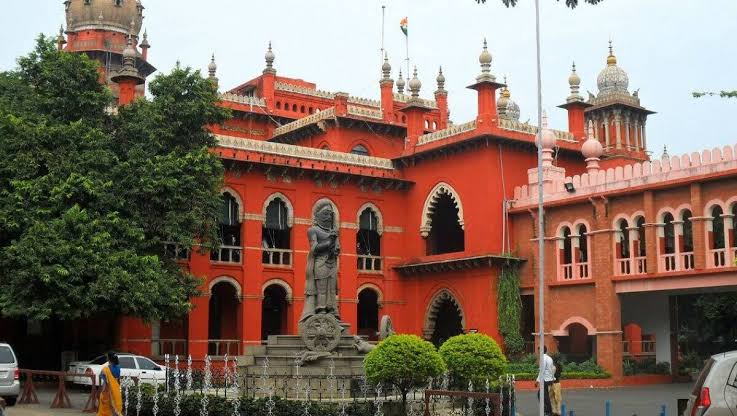 A single judge bench of Justice Vaidyanathan of the Madras High Court has set aside an order of appointment for the post of Noon Meal Organiser, at Noon Meal Centre, 12 years after it was first challenged, on the ground that the employment given to the candidate is illegal.

The writ petition was instituted by one P. Tamil Selvi, who, according to the judgment has studied upto 12th Standard. On seeing a news item published in a Tamil newspaper called “Dinamathi,” dated 18.12.2008, she applied for the post of Noon Meal Organiser. The eligibility criteria for selection was that the candidate should be resident of the same village where the Noon Meal Centre is situated.

She was interviewed for the post and on being successful was handed a letter of appointment on 12.09.2009 by the then Food Supplies Minister, a picture of her receiving the letter was even published “Dinamathi,” on 30.09.2009. However after receiving the order, it was taken back from her on the ground that it had a typographical error. However, instead of issuing a fresh order to her, an order of appointment was issued to another candidate called S.Tamil Selvi, who was not a resident of the village, without having issued an order of cancellation to the petitioner.

The respondents (District Collector and Commissioner of the Panchayat) contended that the S.Tamil Selvi (the subsequent appointee) as the rules have been amended to appoint anyone within a 3 kms radius and that P.Tamil Selvi was 26 years of age and the subsequent appointee was 36 years of age hence given her age, it would difficult for her to get employment elsewhere. They further contended that the allegations against the Minister are not true and needs to be dismissed.

In order to get a clear picture, the court summoned an official of the Noon Meals Programme from the Collectorate. The official produced  a Government Order (GO) of 2010, which prescribes for candidates from a 3kms radius to be appointed as Noon Meal Organisers.

The court held that the Government Order (GO) was not applicable for the facts of the present case as the said appointments pertain to 2008-09 and not 2010 and beyond. The court further held that the filed make it very clear that the Petitioner was a resident of the village, whereas the subsequent appointee was residing 2 kms away from the place of posting. Thus concluding that manipulations have taken place in order to accommodate the subsequent appointee.

According to the judgment the age of the candidates cannot be a ground since there was a candidate readily available in the village and as per the notification candidates from other areas can be considered only when no person is available in the same village. The court further held that the initial of the Petitioner has been manipulated with and an appointment order has been issued with the name of subsequent appointee.

The judgment further quashes the appointment order issued to the subsequent appointee and holds that since the employment given to her is itself illegal, she will not be entitled to any monetary benefits on termination. It held that “When entry itself is illegal, the subsequent appointee has illegally usurped the post due to the petitioner. There is no need to conduct departmental proceedings as there is no master-servant relationship from the original.”

On the Minister being party to the issuance of the illegal appointment letter, the court held that “The court is unable to conclude whether there is involvement of the Minister or not as the Minister has not been made a party though allegations have been made against the Minister.”