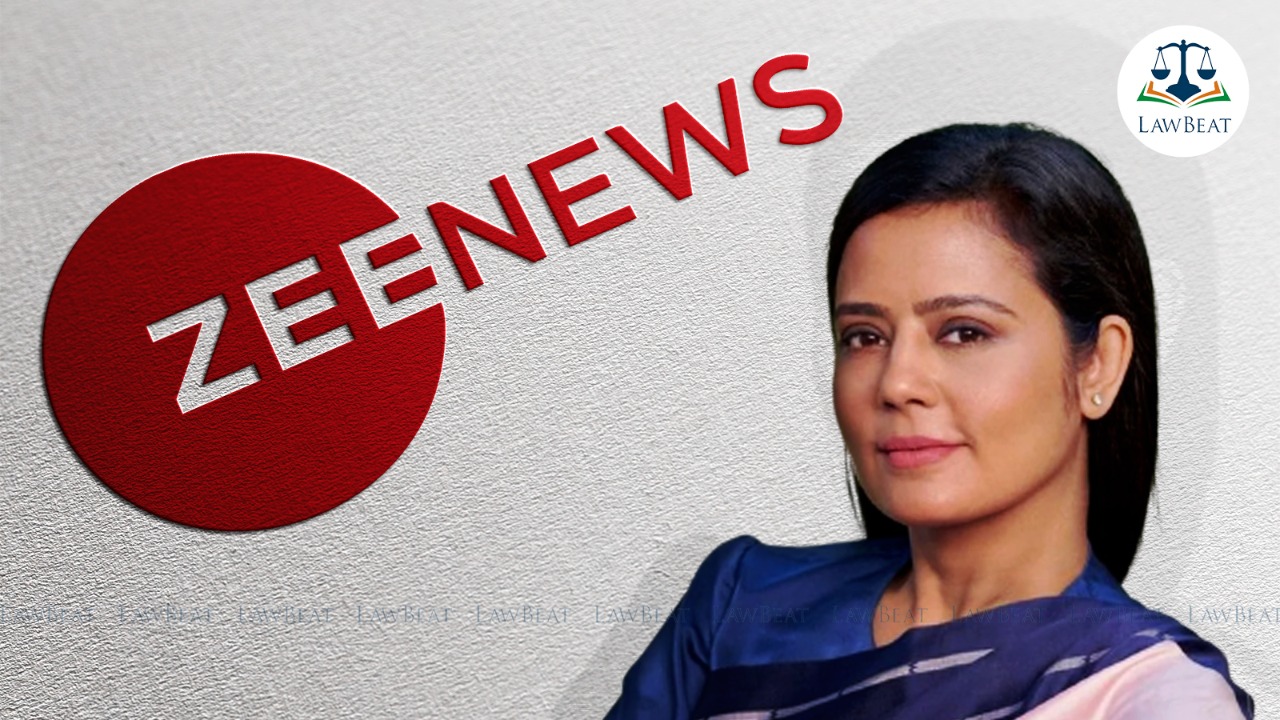 A single judge bench of Justice Mukta Gupta of the Delhi High Court was today informed by Trinamool Congress' Member of Parliament Mahua Moitra in a defamation case against her by Zee News that the alleged defamatory remarks by her were a "counterblast".

Moitra had allegedly termed the channel and its owner "chor" (thieves) and said that they deliver "paid news". She claimed through her lawyer Sr. Adv. Kapil Sibal in court today that the statements were merely in response to to false allegations of plagiarism being levelled at her by reporters outside the Parliament.

Seeking quashing of summons and FIR against her in the case, Moitra claimed the defence that the statements were hurled by her in response to "provocation" and "harassment", and were of a nature that could not be assessed as defamatory/offensive by any person of "ordinary sense".

Claiming the defense she placed reliance on judgments in this regard.

However, the bench sought to be satisfied on the question whether the said defense could be taken at the present stage, even as Sr. Adv. Vijay Aggarwal appearing for Zee News challenged the petition on grounds of maintainability.

The Court also pointed out that Moitra would need to address the question whether the remarks being a "counterblast" could be gone into at the present stage and what the impact of the same would be, if indeed they were that.

The bench asked Moitra if any complaint had been lodged by her in this regard, if indeed the remarks were a counterblast, as the same would be crucial to support her stand.

However, Sibal, on behalf of Moitra, informed the Court that while no complaint has been registered with respect to the said incident wherein she claimed to have been falsely alleged to have indulged in plagiarism by the reporters, defamation proceedings have been initiated against another programme where she was said to have been part of a "Tukde Tukde Gang" etc.

Noting that the same may not be relevant to the case at hand, the bench has, however, directed Moitra to place the said complaint on record, alongwith a video of the incident which the parties are said to have.

The matter is placed for hearing next on March 3.

Reporters had allegedly hounded and harassed the MP outside of the Parliament in relation to the content of one of her speeches, and accused her of stealing the same from an "article" by American commentator Martin Longman.

This referred to a tweet by Longman referring to a poster in the Holocaust Museum. Moitra told the reporters that she had referred to the same poster and denied having plagiarized any content.

However, she argued that that she was hounded by the reporters during the conversation outside the Parliament, who chased her, thrusting mics into her face, saying "Aapne bhashan chori kiya hai" (You've stolen contents of the speech).

Sibal continued, "You provoke somebody, you say they are a cheat, but if they respond then it is defamation."

The Court pointed out that "there are judgments saying calling someone a chor (thief)" is a slight.

Justice Gupta said, "It needs to be examined whether it was a counter blast as claimed by you, and what is the impact of that."

Responding, Sibal pressed that there are judgments saying that if something is said in the heat of the moment, and to which no person of ordinary sense would attach a sense of offense, it would not be defamation.

He said, "Kindly see the context in which the Member of Parliament is placed. The reporters kept saying the matter was plagiarized, she told them it is not, the person whose content was says it is not plagiarized but they kept calling her "chor". They kept harassing her and in the spur of the moment at some point she said, 'Tum chor ho'."

"Since you are saying it was a counter blast and in the spur of the moment, it needs to be seen whether this defense can be taken at this stage," the Court concluded.

Sr. Adv. Vijay Aggarwal for Zee News, on the other hand, argued, "He was to answer on the question of maintainability. I've answered in detail first when a writ is maintainable, second, when a S.251 application is maintainable."

He contended that Moitra had moved a writ bypassing the remedy of revision under S.397 CrPC.