"At mere behest of dissatisfied litigant, can't be taken that advocate has not conducted proper cross-examination," observes Delhi High Court 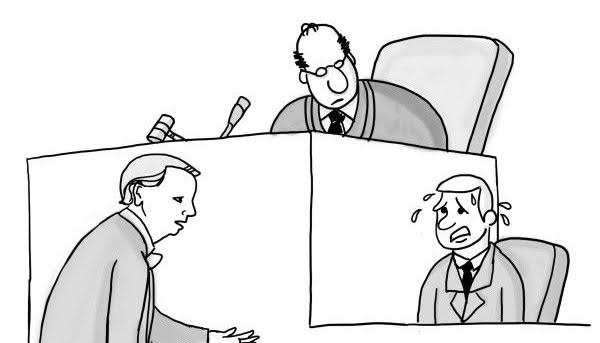 The Delhi High Court has observed that at the mere behest of a dissatisfied litigant, it cannot be taken that the concerned advocate has not conducted proper cross-examination of the witnesses in a trial.

Justice Amit Bansal added that "conducting cross examination in a suit is a specialized job."

“It is only with experience that a counsel develops skills for cross examination. Different Advocates may conduct cross-examination in different manner and it may not be correct to say that which is the correct approach and which is not”, he said.

The court was hearing a petition filed before it assailing three orders passed by the Sessions & District Judge-02, Tis Hazari Court, whereby it had dismissed applications filed for placing on record complaint filed against the petitioners’ previous counsel for not conducting proper cross-examination of the respondents, for recalling of the respondent’s witnesses. The petitioners also challenged the order for only party allowing their application under Order 8 Rule 1A(3) of Civil Procedure Code (CPC), for taking on record documents filed by them.

The suit from which the petition arose before court was a suit for recovery of Rs.11,90,000/.

The court held that, "While dealing with the applications, the trial court had rightly recorded that that the court cannot take action against a counsel for not properly conducting the case."

The petitions submitted that their main grievance in respect of the impugned order was with regard to the application filed by the petitioners under Order 18 Rule 17, CPC, for recalling the respondent’s witnesses, namely, respondent himself, Jai Bhagwan, Charan Dass and Bijender Kumar for further cross-examination.

They submitted that they wished to recall the aforesaid witnesses to confront them with the undated statements given by  them in the partition suit which were contrary to the evidence given by the said witnesses in the present suit.

It was further submitted that the lawyer engaged by the petitioners earlier, erroneously did not confront the said witnesses with the undated statements in the course of the cross-examination conducted by them and that they cannot be allowed to suffer on account of the fault of their lawyer.

After examining the impugned order passed by the Trial Court, the bench held that an Advocate conducts the cross-examination of the witnesses in his wisdom, and a litigant cannot approach the court three years later and be heard to say that the cross-examination was not conducted properly.

The bench went on to add:

“Therefore, the impugned order has correctly noted that the litigant is the principal who is bound by all acts of his Advocate, who acts as his agent, so long as the aforesaid acts are conducted in the course of his professional duty. Even if it is assumed that the contention of the petitioners is correct that the cross-examination was not conducted in a proper manner, the petitioners would still be bound by the same.”

The court further found that it was a matter of record that the Petitioner No. 1 was herself present in court when the cross-examination was conducted and that all the three witnesses were exhaustively cross-examined by the advocate appearing on behalf of the petitioners.

“It is also borne out from the record that the petitioner no.1 has been appearing herself throughout the proceedings and she is well aware of the facts and circumstances of the case as was stated in the affidavit filed in support of the applications”, Justice Bansal said.

Moreover, the court relied on a settled principle of law that the provisions of Order 18 Rule 17 of CPC cannot be used by a party to fill-in lacunae in his case.

With this view, the court dismissed the petition as there was no infirmity in any of the impugned orders passed by the Trial Court that warranted its interference in exercise of jurisdiction under Article 227 of the Constitution of India.