Mumbai Court rejects Sachin Waze plea for house custody; directs to be in Tajola Jail hospital for a month 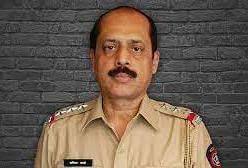 A Special NIA Court in Mumbai on Wednesday has refused to grant house custody to dismissed Mumbai cop Sachin Waze on his appeal for the same on account of having gone through the heart bypass surgery recently.

Sachin Waze was arrested in the Antilia bomb scare and businessman Mansukh Hiran's death case by the National Investigation Agency.

The special judge, A T Wankhede stated Waze should be kept in a jail hospital for a month and home food will be allowed for him and also observed that,

Waze, in his application, while seeking house arrest, had stated that he underwent complex cardiac surgery with five grafts and there was a high possibility of contracting infection in a non-sterile environment, and sought house custody for a period of three months.

The counsels  Rounak Naik and Aarti Kalekar for Waze told the Bench that Waze's wife is a qualified nurse and she would be able to take care of him at home.

NIA on the other hand opposed Waze's plea for house custody and stated that he may abscond if the court granted permission for his stay in home instead of jail.

To this contention the counsel for Waze argued,

"There is no question of absconding because I will be in their custody, there will be security staff, the room where I will stay will have different access. My wife and daughter will only meet me for medication and food. The advocates will meet me as per the jail manual once or twice a week. This is only with the intention of ensuring a clean environment and medical treatment is available to the accused. Tuberculosis is one of the life threatening infections that occur in jails."

Naik further while drawing context to the Elgar Parishad case accused late Father Stan Swamy (who had passed away in judicial custody this July) stated that, after a life is lost, there is nothing that will be gained by investigating now to fix responsibility.

Special Public Prosecutor Sunil Gonsalves for NIA argued that, “in the garb of house custody, what the accused was seeking was interim bail.”

He further argued that,

"Fundamental right of an accused is there, no doubt. But the court has to balance this right with that of the public interest. The hospital discharge summary has been received. Instructions on post-discharge care are given. It states that the accused can start his average day to day work. In fact, after six weeks, he can begin heavy-duty work."

"My further investigation could get hampered if this is allowed. In house custody, relatives and other people could come and meet and witnesses could be affected," he added.