Non Publication of Ordersheets and Causelist results in inconvenience for litigants & lawyers: Delhi HC directs ITAT to upload Orders & Cause Lists on website 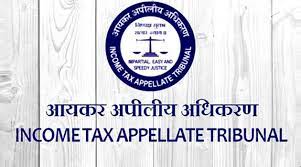 The Delhi High Court has directed the Income Tax Appellate Tribunal to (ITAT) to upload the daily ordersheets and revised cause list on its website to avoid incovenience to litigants and lawyers.

Counsel appearing for the petitioner submitted that the Impugned Order deserves to be quashed as the Petitioner did not get adequate and fair opportunity to represent his case. He contended that Petitioner was under a bonafide belief that his case will be taken up for hearing on 28th February, 2020 as pronounced in the Court on the last date of hearing i.e. 14th February 2020.

The Court observed that the petitioner did not have adequate notice or fair opportunity to represent his case as neither the daily order-sheets nor the revised cause list had been uploaded on the website of the ITAT. The Court accordingly set aside the order of the Tribunal and directed it to hear the matter afresh.

The Court further observed that " non-publication of daily ordersheets as well as the revised cause list on the website by the ITAT results in inconvenience to the litigants in general and to the lawyers in particular".

Accordingly, the Court directed the ITAT to upload the daily ordersheets and revised cause list on its website. System  as expeditiously as possible, preferably, within three months.