“Obstructing Thoroughfare Of Oxygen Tankers May Lead To Chaos And Disrupt The Timely Supply Of Oxygen To The Hospitals”: Madhya Pradesh High Court 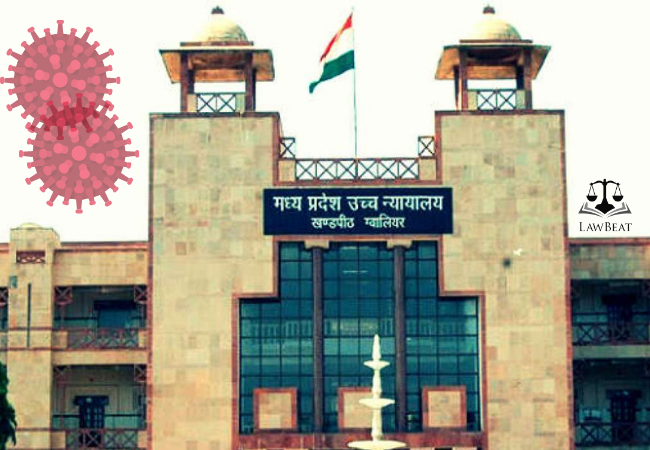 The Division Bench of Chief Justice Mohammad Rafiq & Justice Atul Streedharan of Madhya Pradesh High Court (Jabalpur Bench) while hearing IA’s in a suo moto writ petition in which it passed a slew of directions to the State Government to ensure access to citizens inflicted with disease of Coronavirus with life-saving means and drugs i.e., Oxygen & Remdesivir has observed that recurrence of incidents of obstructing the thoroughfare of oxygen tankers may lead to chaos and disrupt the timely supply of Oxygen to the hospitals, which is in the ongoing crisis very crucial to save lives.

“It is expected of every State including the State of Uttar Pradesh, not to stop/obstruct the movement of Oxygen so as to divert the same to its hospitals, which as per the allocation made by the Central Government is meant for another State. Recurrence of such incidents may lead to chaos and disrupt the timely supply of Oxygen to the hospitals, which is in the ongoing crisis very crucial to save lives.”, the Bench remarked.

The Bench further added that it was Central Government’s responsibility of allocating the quota of Oxygen to various states to get its directives compiled & ensure seamless & hindrance free supply of oxygen to the destined places involving inter-state movement.

These observations came in light of the application filed by Mr Manoj Sharma, President of High Court Advocates Bar Association, Jabalpur by which he informed the Bench about an incident in which an oxygen tanker which started from Bokaro was stopped by the police authorities of UP on its way to Sagar in Madhya Pradesh. Sharma also informed that although after intervention of the officials of the State Government, the tanker was released but as a result of this there was a delay in delivery of Oxygen to the Hospitals at Sagar by 15 hours & this led to the State Government rushing from other places to hospitals at Sagar.

The Bench also heard two other IA’s one of which pertained to scarcity of oxygen, shortage of beds in the hospitals & manipulation with the data of death & positive patients which was filed by Shanti Manch Samiti.  Sr Advocate Mr AM Mathur, learned Senior Counsel appearing for the intervenor submitted that the Government of India recently issued an order to convert the LPG tankers for transportation of Oxygen, on payment of charges of Rs.1,000/-, but the State authorities were not granting the requisite permission. On the other hand, Ld AG Mr PK Kaurav, submitted that the State Government had already granted permission for conversion of few LPG Tankers for transportation of oxygen. The other one related to seeking orders to call for action taken and status report pursuant to directions issued vide order dated 19.04.2021.