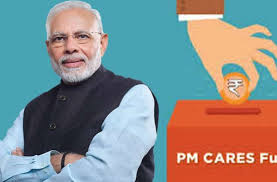 The Bombay High Court issued notice in a Public Interest Litigation (PIL) has been filed in Bombay High Court seeking direction from the court to remove the name and the image of “Prime Minister,” from the PM Cares website and the official website of the trust.

The PIL  was filed by one Vikrant Chavan who is a member of Indian National Congress (INC) party, the plea further seeks fir removal of images of the national emblem and national flag from the website of the trust.

According the plea, the images are vilolative of the Constitution of India and the Emblems and names, (Prevention of improper use) Act. The plea further sought for the court to issue direction to centre to remove the words “Prime Minister” from the trust’s name.  The petition further alleges that the PM executed a Deed if Trust thereby constituting the PM CARES fund, the same was register under the registration Act, 1908 in the office Sub Registrar of Trusts, New Delhi. This is in violation of the provisions of the The Emblems and Name (Prevention of Improper Use) Act of 1950, The Emblems and Names (Prevention of Improper Use) Rules 1982 and the State Emblem Of India (Prohibition of improper use) Acts of 2005 and State Emblem of India (Regulation of Use) rules of 2007

It is to be noted that petitions though not on the same grounds have been filed in before Delhi High Court and Kerala High Court.  While the petition before Delhi HighCourt is a challenge to consider PM Cares fund as a State under the constitution of India.

While the petition before Kerala High Court seeks for the removal of PM’s name and image for the vaccination certificate.