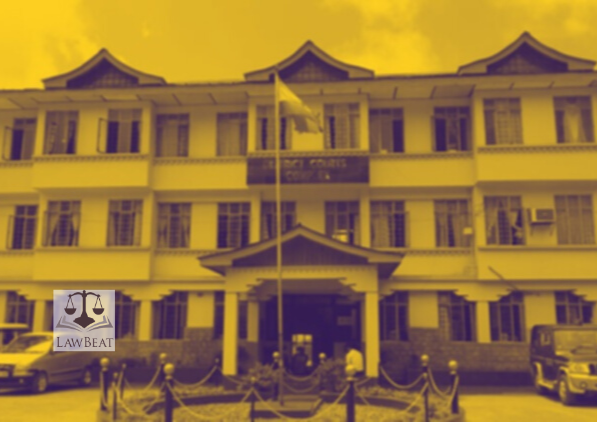 The Sikkim High Court recently acquitted a man who had been convicted by a Trial Court on charges of rape, on ground of discrepancy in the FIR and the statement recorded under section 164 CRPC on one side and deposition of the victim on the other.

A single Judge bench of Justice Bhaskar Raj Pradhan overturned a 2019 judgement of conviction stating that the victim's version of rape is not corroborated and that the possibility of a relationship gone sour between the appellant and victim could not be ruled out.

"In the circumstances, this court is of the considered view that although the evidence led by the prosecution leads to grave suspicion that the appellant had in fact raped the victim, it would not be judiciously prudent to convict the appellant on suspicion alone. None of what the victim deposed have been corroborated even by her family members. The victim's version of rape is not corroborated, neither is her version of pregnancy and abortion," bench said.

The complainant lodged an FIR on January 10, 2018 at PS Sadar, Gangtok, 5 years after the alleged rape.

The allegation was that complainant was raped by the appellant due to which she became pregnant and had to abort the child on his advice.

It was held that the case of repeatedly committing rape on the same woman under section 376(2)(n) IPC had not been made out.

Before the High Court, Appellant's counsel argued, while relying on several judgments that it would be very dangerous to convict the accused on the sole testimony of the complainant, especially when there had been a delay in lodging the FIR.

Observations of the Court:

Bench noted that the only direct evidence relating to the alleged rape by the appellant was that of the victim and that there was an inordinate delay of five years in lodging the FIR.

"Much of the evidence which may have been available during the relevant time would have been lost. Rape is a violent offence. Penetration is a sine qua non. Due to the inordinate delay, medical evidence like injuries would have healed and material evidence would be lost," the bench said.

However, the bench observed that her statement cannot be brushed under the carpet merely because she took time to come out and disclose it. The victim’s statement regarding sexual offence is a delicate evidence which must be examined closely.

While touching upon the stigma that women face while reporting crimes of sexual violence, Court noted that it is well settled that the court can, in a given case, rely upon the sole testimony of the victim if it is safe, reliable and worthy of acceptance and convict the accused. "However, it is always prudent for the court to seek corroboration when the sole testimony is the only evidence available," bench added.

In this context, the bench noted,

"The learned Judge may have been correct in concluding that the appellant having committed rape upon the victim could not be ruled out. The victim’s vivid description of the two incidents does lead one to understand that it may have been so. However, while it is important to be conscious about the trauma of the victim - a victim of alleged sexual assault, it is also important to be conscious about the well settled principle of criminal jurisprudence that more serious the offence, the stricter the degree of proof."

The High Court observed that even though the victim had given a detailed account of what happened five years ago in great detail about the two alleged incidents, her deposition is conspicuously silent about the period thereafter, till the year 2017, when she went into depression. "There is a serious discrepancy in the FIR (Exhibit-3) and the statement recorded under section 164 Cr.P.C on the one side and the deposition on the other," said the bench.

Thus, while observing that,

"The possibility of a relationship gone sour cannot be ruled out. Several of the prosecution witnesses had deposed hearing about their “physical relationship” and “sexual relationship”, both of which would not amount to rape. In such circumstances, this court is also of the considered view that the appellant must be given the benefit of doubt," the bench set aside the order of conviction and ordered for his release forthwith