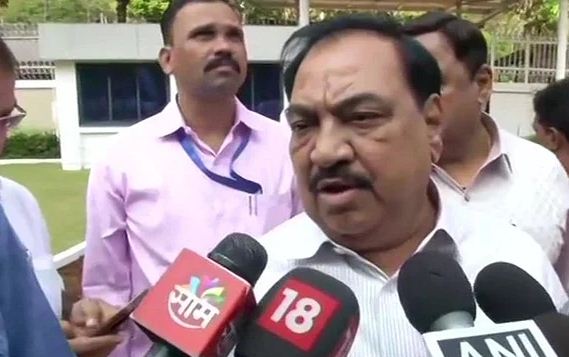 The Special Court had directed Mandakini to present herself before the Court after the Enforcement Directorate submitted its charge sheet in the money laundering case last month.

The Special Court has rejected Mandakini's anticipatory bail stating that it is not maintainable before this court.

The court while issuing a non-bailable warrant said, "She is wilfully avoiding appearing before the court," as she hadn't appeared before the court despite giving an undertaking in this regard on the last occasion.

The case is allegedly pertaining to a land deal in which Khadse and his son-in-law Girish Chaudhari bought a land of the Maharashtra Industrial Development Corporation worth around Rs. 40 crores in merely Rs. 3.75 crores after paying registry charges of Rs.1.4 crores in consonance with the current Government rate of the land that is around Rs. 22 crores.

ED has alleged that in 2016 when Khadse was Revenue Minister from BJP, he misused his power benefitting his family in the land deal.

(With inputs from Times of India)