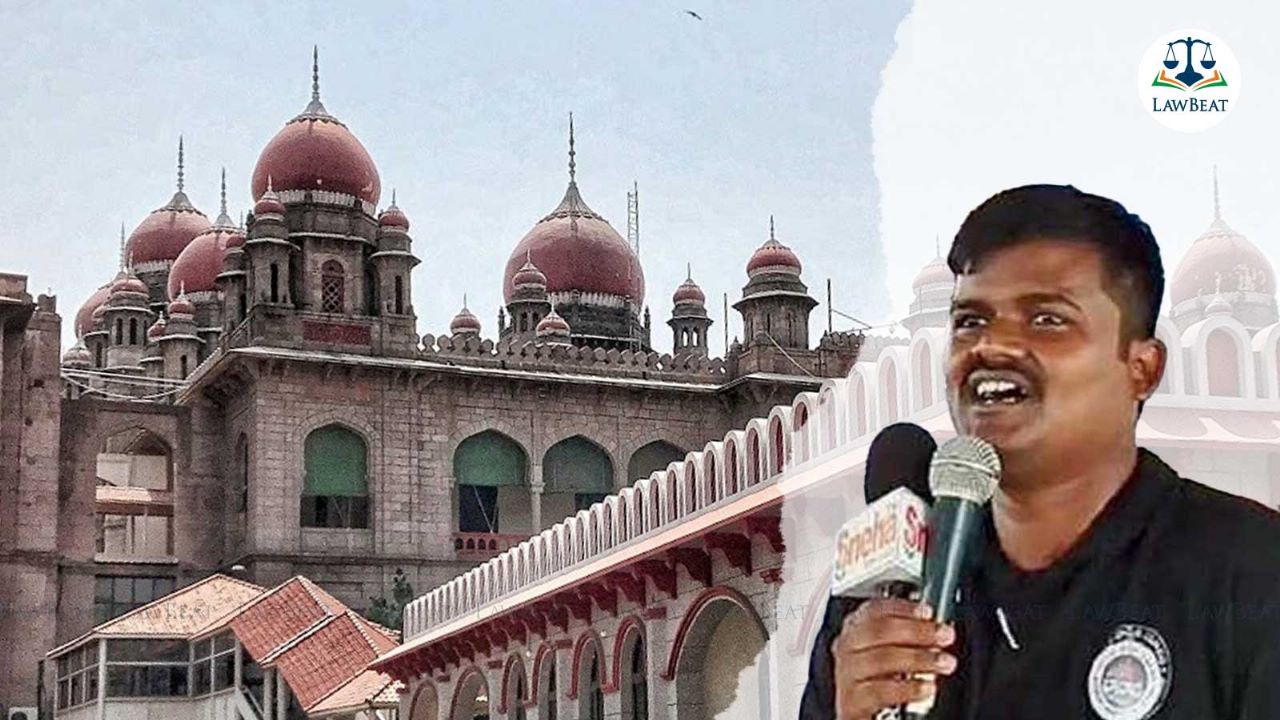 The high court directed an inquiry after Naresh's wife alleged that he was subjected to solitary confinement.

A Single Judge Bench of the Telangana High Court comprising Justice B. Vijaysen Reddy has appointed a Member Secretary of Hyderabad High Court Legal Aid Service Authority to enquire if Bairi Naresh was subjected to solitary confinement or not after being arrested recently for his alleged objectionable remark against Lord Ayyappa Swamy.

The High Court has asked the Member Secretary to file its report and has posted the matter on 31st January.

The said directions were passed by the High Court after G Sujatha, the wife of Bairi Naresh had filed a plea before the High Court seeking directions to shift Bairi Naresh from Cherlapalli Central Prison where he was allegedly put under solitary confinement to any other Union Territory prisoners ward till the disposal of the plea.

The counsel for the petitioner argued that the petitioner had personally visited the Jail and had met Bairi Naresh. He informed the court that the Jail authorities were deliberately not allowing Naresh to interact with the jail inmates and that Naresh was given one hour slot during which he is permitted to come out of the barrack and most of the time, he is in the cell.

He further argued that there are several cells in Manasasarovar Block and there is one cell that was used by Jail authorities to keep the prisoners involved in serious offences. Solitary confinement is not for under-trial prisoners, he said. He also submitted that Naresh was separated from other jail inmates and only after filing the writ petition.

On the other hand, the government pleader argued that the Superintendent of the Central Prison, Chaerapalli had placed on affidavit that there was no violation of human rights of Bairi Naresh and that he was given access to interviews, phone calls, medical facilities, canteen and he is allowed to move freely within the boundary of the Manasasarovar prisoner barrack. He also submitted that the jail authorities were interacting with Naresh and enquiring about his well-being on regular basis.

He argued before the High Court that the allegation that Naresh was subjected to solitary confinement is incorrect and that he was involved in a sensational case and as per intelligence inputs received by the jail authorities, Naresh has a life threat even from the jail inmates as he had made controversial statements about Bhagwan Ayyappa Swamy, thereby hurting the sentiments of devotees of Lord Ayyappa and Hindus at large.

After hearing both sides the high court then appointed a member secretary of legal aid authority to enquire if he was subjected to solitary confinement. The order reads,

“Accordingly, the Member Secretary, High Court Legal Services Authority, Hyderabad is directed to visit the Central Prison, Cherlapalli and enquire about the well being of the prisoner and shall file a report before this Court as to whether the prisoner is subjected to solitary confinement or not and also to enquire with the Jail authorities whether it is possible to keep the prisoner in any other cell along with other inmates. The report shall be filed by the next date of hearing. In the meanwhile, the respondents to file counter.”

Bairi Naresh, who is president of the Atheist Association, was arrested by the Hyderabad police in Warangal, on 31 December 2022, after he made controversial remarks against Lord Ayyappa Swamy in a public meeting that went viral on social media. The devotees of Ayyappa Swammy had called for state-wide protest and complaints were registered against him among different police stations in Hyderabad.