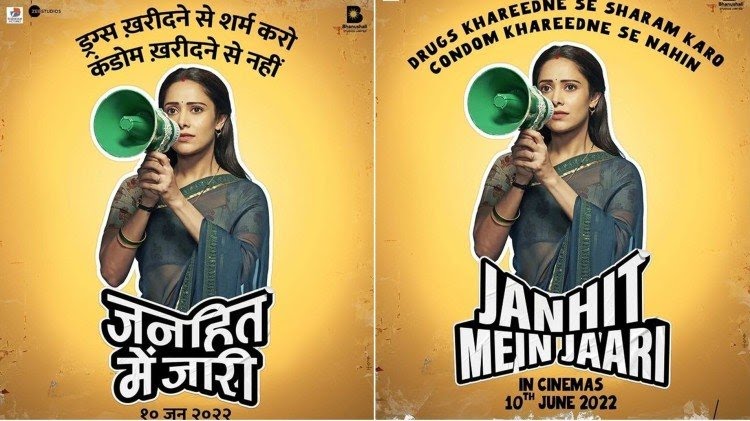 The Bombay High Court has recently passed an interim John Doe order and asked the police to assist in removing pirated links of the movie "Janhit Mein Jaari" being circulated on the internet.

A bench of Justice RI Chagla noted, "The Applicants/Plaintiffs are granted liberty to apply in the event, they learn of infringing links other than infringing links set out in Exh. C to the Plaint."

The order has been passed in a plea filed by Bhanushali Studio Ltd. seeking urgent ad-interim relief for removal or deletion of infringing links of the movie "Janhit Mein Jaari" with immediate effect. The plea further sought John Doe's direction to the police assistance in such removal and deletion of the infringing links which allegedly infringe the applicants’ copyright in the subject film titled “Janhit Mein Jaari”.

It was submitted by the counsel appearing for the Bhanushali Studio that the film was available on the application “Telegram” on chat groups for download. Counsel further tendered screenshots from the website moovana.net, which is one of the infringing websites in which it appeared that the subject film is available for viewing through online stream.

It was also argued that the Bhanushali Studio is suffering revenue loss in the theaters due to the subject film being displayed on the infringing links listed in the plaint.

Further, a claim was made by the Studio that there is a revenue loss for the reasons that the OTT platform or any further distribution would not want to execute deals with the Studio since they would not find subscribers for the film, since the film is freely available online.

Additionally, it was alleged that the defendant no. 2 who is an unknown party had posted the links.

In this regard, the bench proceeded against the unknown defendant in John Doe action by virtue of the infringing links on the internet enumerated in the plaint. The bench opined that the links directly infringe the copyright held by the producers in the film as these unknown defendants appear to have no licence or authority to make available a copy of the film to the public.

The bench, as an interim measure, directed the concerned police stations to render necessary assistance to the producers in restraining the defendants from violating /infringing the Applicants’ copyright in the suit film titled “Janhit Mein Jaari.”

Whereas, counsel appearing for 'Telegram' submitted that in the event, the producers inform Telegram of infringing links appearing on the App, he shall immediately take necessary action in blocking access to the infringing links.