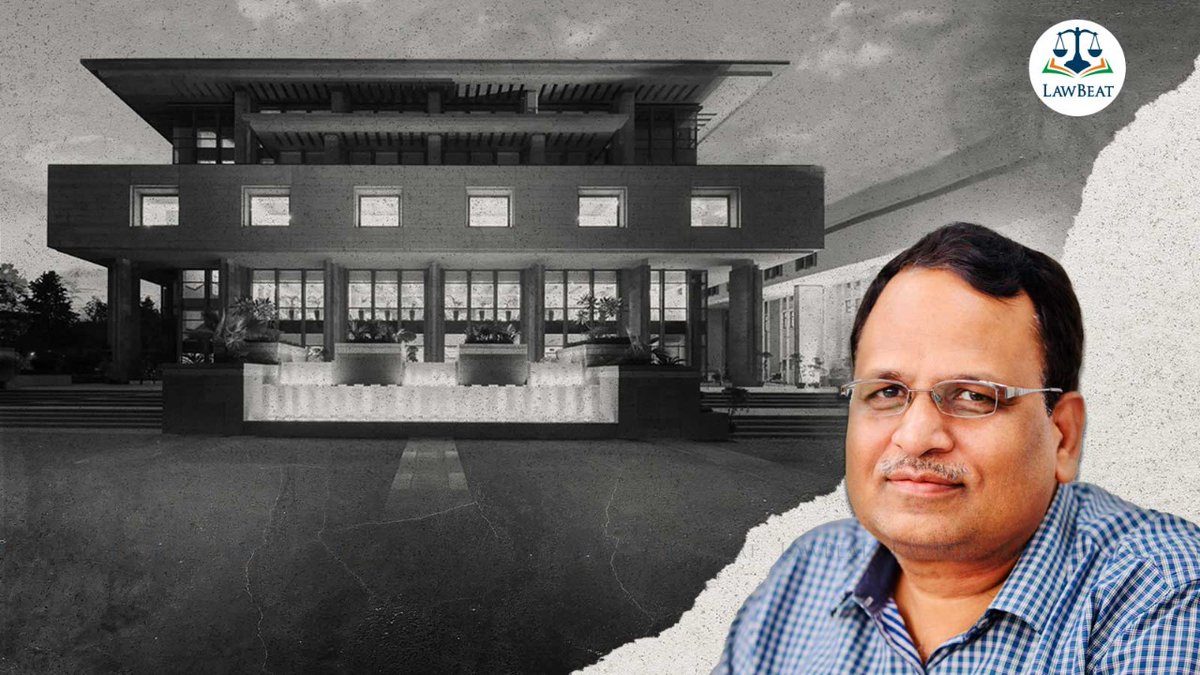 The ED attached assets worth Rs. 4.81 crores linked to Jain and his family in April based on an FIR registered by the CBI against Jain and others. The matter has been listed for further hearing on January 31.

Senior Advocate N. Hariharan appearing for Satyendar Jain today concluded his arguments before the bench of Justice Dinesh Kumar Sharma of the Delhi High Court in bail hearing in the money laundering case.

Hariharan argued that the money was Ankush and Vaibhav Jain’s, and it came back to their account without any premium, “Where is Satyendar Jain involved? How is the money related to me?” He added that “My (Satyendar Jain’s) assets before and after the cheque period remained the same."

Referring to the trial court’s order, wherein the Special Judge clearly stated that the 1/3rd shareholding of the company is not connected to Satyendar Jain, the senior counsel contended that the case failed. "Can the Special Judge build an altogether new case?”, he argued. Furthermore, he stated that Jain is in custody for eight months now, this case was registered five years ago. “I have been cooperating since all these years, I have given S. 50 statements as well”, he contended.

Conclusively, the senior counsel contended, “I have never been on flight risk, even the trial court had stated the same while dismissing my first bail plea. It was dismissed on the ground that at that time chargesheet wasn't filed. Now chargesheet is filed. I clear the tripod test.” “I am liable for bail. My Lord!", he contended.

Earlier, Hariharan had argued that directly or indirectly there is no connection between Jain and the 'proceeds of crime' in the present money laundering case.

"Others have a majority shareholding, they are sharing the majority," he had said.

He had argued that only the cheque period should be taken into consideration & proceeds of crime will be generated only after an offence has been committed. Scheduled offence is not made out", the Senior Counsel had argued. Hariharan had argued that all the shares were acquired in 2008-10 when Satyendar Jain was not a public servant.

Special Judge Vikas Dhull of the Rouse Avenue Court on November 17, denied bail to Jain in the money laundering case.

The bail application filed by Satyendra Jain pertained to his arrest in a Money Laundering case in which he was arrested by the Enforcement Directorate on May 31, 2022.

In April, ED attached assets worth Rs. 4.81 crores linked to Jain and his family. ED initiated an investigation based on an FIR registered by the Central Bureau of Investigation (CBI) against Jain and others under relevant sections of the Indian Penal Code and the Prevention of Corruption Act.

It is alleged that when Jain was a public servant, companies owned and controlled by him received up to Rs. 4.81 crores from shell companies through the Hawala network.