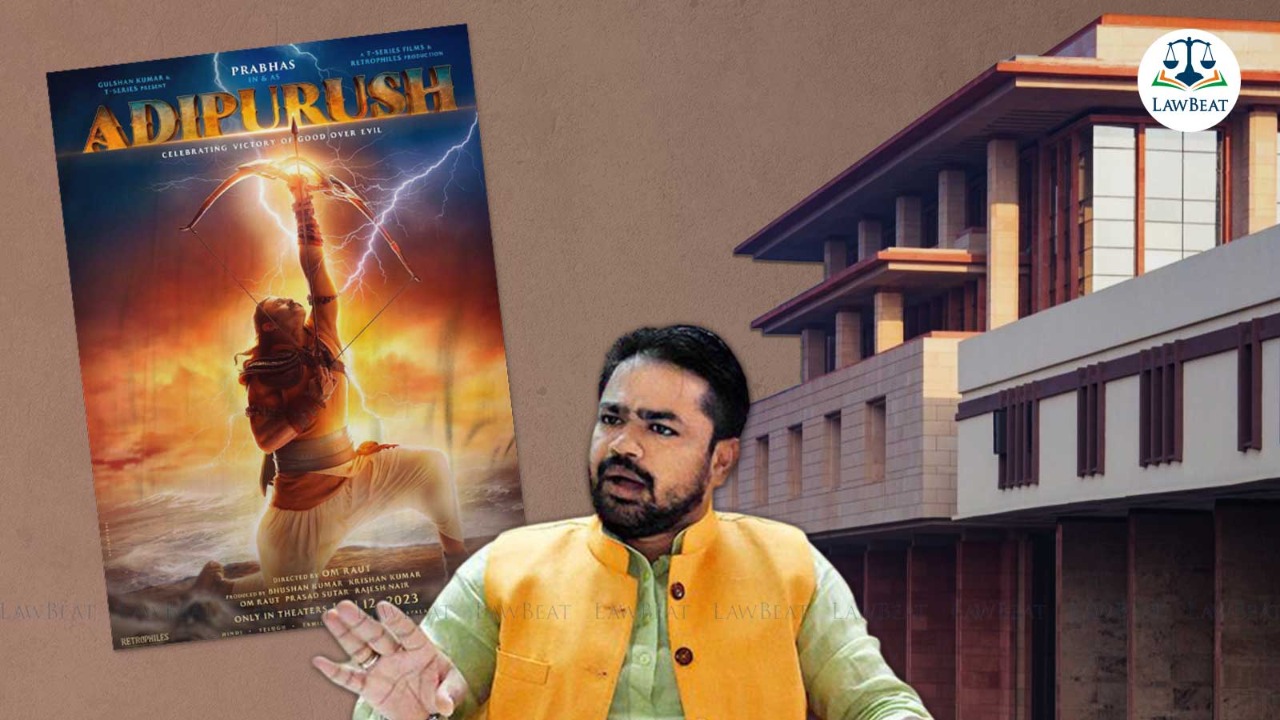 A plea has been filed by Vishnu Gupta, before the Delhi High Court, against the film "Adipurush" directed by Om Raut alleging that it hurts the sentiments of the Hindu community by depicting the religious figures in an inaccurate and inappropriate manner contrary to their description in the Ramayana.

A Public Interest Litigation (PIL) has been filed in the Delhi High Court by the Hindu Sena National President, Vishnu Gupta seeking issuance of directions to the respondents for removal of objectionable scenes depicting religious leaders/ characters/ figures in a bad taste against the film “Adipurush” directed by Om Raut.

The plea also seeks directions to the Government of India, Central Board of Film Certification, and the State of Tamil Nadu to not certify the film “Adipurush” for public exhibition.

The plea states that the director and producer of “Adipurish” film Om Raut and T-Series, Managing Director Bhushan Kumar have depicted the look of Hindu Gods and religious leaders/characters/figures like Lord Ram, Mata Sita, Hanuman, and Ravan in an inaccurate manner and their description in the film is contrary to their depiction in Maharishi Valmiki’s Ramayan and Tulsidas’ Ramcharitmanas.

“The depiction of religious leaders /characters like Ravana, played by Saif Ali Khan and Lord Hanuman in the Film is completely detached from the Indian civilization. The bearded look of Ravana’s character played by Saif Ali Khan in the film is hurting the sentiments of the Hindu community as the Hindu Brahmin Ravana is shown making a ghastly face in a wrong manner which is an absolute insult to Hindu civilization, Hindu religious figures, idols, ideals, etc.”, the plea states.

Plea added that the scene related to Ravana in the film is an absolute distortion of the real facts and story of Ramayana and that this is a sheer violation of religious rights under Article 25 of the Constitution of India.

Plea further states that the depiction of lord Ram, Sita, and Hanuman is also objectionable as it has been done to hurt Hindu sentiments and that Hindus have a particular view of the image of Lord Ram, Sita, & Hanuman and any change/tampering of their divine image by the film producers, directors and actors would be a violation of their fundamental rights.

“The film producers, directors, and actors are under constitutional obligations to ensure that religious feeling, sentiments, and perceptions are not tinkered with in any manner whatsoever. Therefore, the Parliament has enacted the Cinematograph Act, 1952 for regulating the affairs of feature films”, the plea read.

It added that in terms of Section 5A of the Cinematograph Act, 1952 this feature film is not suitable for unrestricted public exhibition.

Furthermore, the plea stated that the film certificate under Section 5A & 5B of the Cinematograph Act, 1952, may not be issued to Om Raut and T-series.