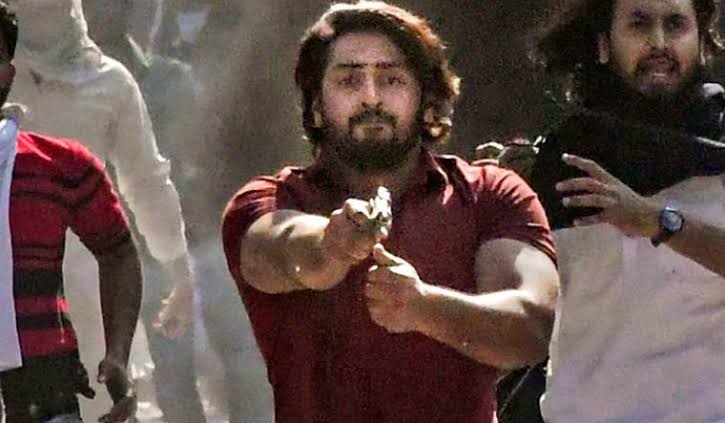 Delhi High Court refuses to grant bail to the Petitioner noticing the gravity of offence and upheld the findings by Trial court that the Petitioner had participated in riots and his picture speaks a volume about his involvement.

Single Bench Justice Suresh Kumar Kait found that role attributed to the Petitioner was not confined to participation in the mob of rioters but of heading the large crowd, holding a pistol in hand and releasing open fire shots.

“The video clipping and pictures played before this Court have shaken the conscience of this Court how petitioner could take law and order in his hands. Whether or not Petitioner had intention to kill the complainant or any person present in the public with his open air pistol shots, but it is hard to believe that he had no knowledge that his act may harm anyone present at the spot” reiterated the Court.

Justice Kait also said that the worthiness of complainant’s statement recorded u/s 161 Cr.P.C. and Petitioner’s claim that he had not aimed pistol to shot at the complainant, shall be tested at trial.

The allegations levelled against the Petitioner were that in the unfortunate incident of riots which occurred on Feb 24, 2020 at the road between Jaffrabad Metro Station and Maujpur Chowk amongst people of different communities, Petitioner was a party to the huge crowd which had unauthorizedly gathered and pelted stones, petrol bombs and fired gun/pistol shots.

The incident was captured by a Journalist in his mobile phone and the person brandishing and firing from pistol was identified as Shahrukh i.e. the Petitioner. Efforts were made to apprehend him and he was intercepted and detained. Later on, pursuant to a sustained interrogation, Petitioner voluntarily disclosed his involvement in the alleged incident and he was arrested.

Justice Kait also took a serious view to the contents of the petition, and found that highly derogatory and serious allegations were made against the Government of India, Ministers and Judge of this Court, which were not worth disclosing. He therefore suggested the Bar not to make claims until and unless supported with factual and material evidence in a particular case.