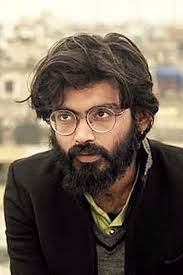 A Delhi Court was hearing bail application of Sharjeel Imam in relation to the alleged inflammatory speeches made during the protests against CAA and NRC at two universities.

The matter was being heard before ASJ Amitabh Rawat.

Advocate Tanveer Ahmed Mir appearing for Sharjeel submitted that the speech against which the FIR was filed  conveyed only blockade of roads so that people would be unable to cross over.

“Fundamentally the right to protest and blockade cannot be equal to sedition”, argued Mir

On the charges of sedition that Sharjeel had called people to separate Northeast from India, Mir submitted “The first allegation is that he has called for sedition by asking northeast to be taken away from India. The admitted speech of the petitioner is delineated to suit the prosecution and mislead this Court, I don’t need to time and again reiterate that the protests against CAA and NRC is not seditious… He cannot be hammered by the prosecution.”

Mir argued that Sharjeel had made speeches in which he had criticized the government  against the newly  introduced law. Pointing that a society ought to be robust, Mir argued that in a society if criticism dies, the society  will also die”,

Referring to various judgements of the Supreme Court and the High Courts in GurJatinder Pal Singh vs State of Punjab, Anup Bhuyan vs state of Assam, UOI vs Shameer and Ors, Mir argued that “a citizen has a right to say or write whatever he likes about the Government or its measures by way of criticism or comment so long as he does not incite people to violence against the govt established by law or with intention of creating public disorder”.

Mir submitted that Sharjeel is not a member of any banned organisation. He is not stated to be a member of terrorist gang on the chargesheet. He is only a student.

Referring to the case of State of Kerala vs Raneef, Mir submitted “What happened to Raneef should not happen to Sharjeel. He gave up IIT, Bombay to learn history. On content, context and  tenor, the speech of Sharjeel is not seditious. He should be discharged on bail.”

The Court has listed the matter for next hearing on September 1.

Special Public Prosecutor Amit Prasad appearing for Delhi Police will counter bail application and whether section 13 UAPA and sedition is satisfied or not on the next date of hearing.