"Sorry state of affairs!”: Madras HC tells CBSE as it refuses to grant migration to 27 students to a school closer to home during the pandemic 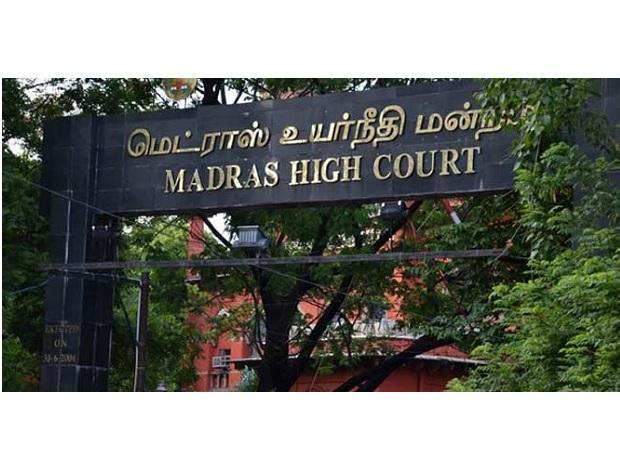 A bench consisting of Justices Pushpa Narayana and Krishnan Ramaswamy has pulled up the Central Board of Secondary Education (CBSE) for not granting migration certificates to 27 school students who moved to a school closer to their home owing to the Covid-19 pandemic.

It is to be noted that while Justice Krishnan Ramasamy is the author of the judgment in this Writ Appeal against the order of a single judge, Justice Pushpa Satyanarayana (the senior judge in the bench) wrote a separate judgment.

The writ petition was filed by a school affiliated to CBSE located at Neyveli in Cuddalore District, Tamil Nadu.  It had recently obtained affiliation to admit students to classes XI and XII.

In September 2020, 27 students sought admission at the school for Class XII owing to their schools being situated nearly 40 kms from their home and that their parents did not want to send them so far during the COVD-19 pandemic.When the school applied for direct admission of these 27 students in class XII, the CBSE rejected it and subsequently allowed to register those students from the previous school for appearing in AISSCE 2021, this decision was challenged in writ petition in the 1st writ petition before Madras High Court which granted an interim order to the students and permitted them to write their practical exams.

Owing to the Covid-19 situation, the CBSE cancelled the Board Examinations and notified Policy for Tabulation of Marks for Class XII. The marks of the students of the appellant School were uploaded, but the results are yet to be declared. Despite many representations by the school, the board failed to declare the results of these students. Hence the third and final writ petition was filed.

A single judge of Madras High Court took up all the 3 writ petitions and dismissed them on the ground of misplaced sympathy towards students as contemplated in the decision of Sutlaj Public School Vs CBSE and noted that there was something fishy in this mass admission. This judgment was passed in the appeal against the order of the single judge.

The primary bone of contention was a challenge to letters sent by CBSE rejecting the admission to the students on the ground that there were some anomalies observed on the bulk admission, the school cannot directly be admit students to Class XII without any candidates in class XI and finally the students were not eligible to shift as there were no physical classes during the year and hence no issue of distance.

The judgment holds that the Standard Operating Procedure (SOP) issued by CBSE which provides for admission of the students to Classes X and XII permits students to shift schools for these classes on the ground of ‘long distance.’ It states that the Bye Laws of CBSE also provides that a candidate to secure direct admission to Class XII should have completed their regular study of XI in an institution affiliated to this board. Given that the students meet the criteria under the SOP as well as the By laws, the CBSE was wrong in its action.

It held that the students are entitled for migration as they are facing undue hardship and won’t be able to travel a distance of 80 Kms both ways. The judgment further holds that since there is no instruction with regard to a school granting admission to class XII without having any students on its rolls studying in Class XI, hence the school was not wrong in granting admission to these students.

The judgment notes that  this is a very sorry sate of affairs that a Central Government Institution has issued letters denying admission to students when the entire country was facing COVID-19. It states that the genuineness of parents cannot be misconstrued as bulk admissions as their previous school was very far from their home.

The judgment further criticises the judgment of the single judge saying “Without answering this issue, the learned Judge has travelled beyond the issue and held that the appellant had resorted to bulk admission contrary to the prescribed norms, which is not warranted for a Writ Court.”

According to the judgment the writ court should have dealt with the primary issue that pertains to the future of the students as opposed to dealing with the issue of bulk admissions. It says “The learned single Judge involved in the issue and suspected more than what the 1st respondent Board suspected which is totally unwarranted and not related to the issue at all. The very important things which required to be decided, the Judge has completely lost sight and as stated above, the learned Judge has suspected the admission resorted to by the appellant and decided the issue and recorded strong remarks against the appellant school which is unwarranted and the same is liable to be deprecated from the record.”

On CBSE holding that the students cannot seek admission in another school citing distance as a reason since the classes were only, the judgment mentions that when the pandemic started, there was no end in sight and there was no clarity as to when the physical classes will resume. The judgment further states that when the students sought admission to the school, the first wave was at its peak and CBSE ignored to consider the situation. Thereby allowing the appeal,

While concurring with the judgment of her brother judge,  Justice Sathyanarayana noted that many schools admit students even before getting affiliation merely informing them that they are awaiting it. However, in the present case the school has obtained affiliation and the parents knowing fully well about it admitted their children in the school.

The judgment notes that an SOP for admission to classes X and XII were issued only to streamline the process of admission. The preamble to the SOP specifically states that in order to ensure better adaptability to the academic environment of new school students desirous of changing school may be advised to change the school while studying in Class IX or in Class XI. However, the Board itself has provided for direct admission to Class X and XII for few categories, which includes long distance .

The judgment states that CBSE has not prohibited admission directly to class XII in any school, if the bye-laws dealing with the said aspect have been adhered to and only in contemplation of certain exigencies.

On the question misplaced sympathy as contemplated under Sutlaj Public School Vs CBSE, the judgment holds that in the present the school is recognised by CBSE and it was not the case of the CBSE that the School was not recognised and affiliation was not obtained for the academic year,. The only objection raised was with respect to the direct admission of the students to the Standard XII, which is contemplated in the SOPs. Therefore, the decision is inapplicable to the facts of the present case.

However, in concluding remarks, the judge notes that, “Though personally I am in agreement with the view taken by the learned Single Judge, with no intention to punish the minor students, whose independent decisions cannot be accepted by the Court of law and given the facts and circumstances of the case, I deem it appropriate to agree with the conclusion arrived at by my learned Brother Judge to accommodate the 27 students of the appellant School, by requesting the CBSE to approve the transfer, as directed by my learned Brother Judge in the detailed order.”

The judgment also states that it cannot be cited as a precedent to seek approval of the transfer if it does not follow the procedure contemplated under the SOP and bye laws.