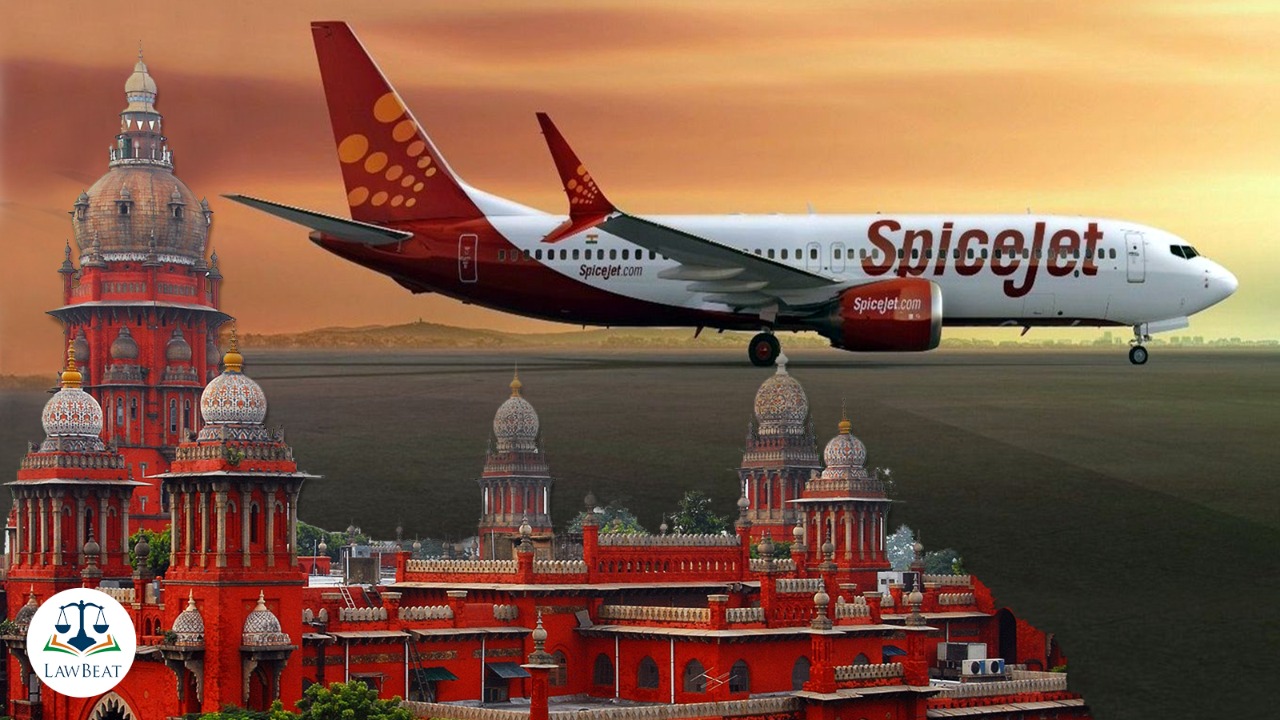 The Madras High Court has dismissed SpiceJet's appeal against winding up on Credit Suisse AG's petition. The judgment comes after the High Court reserved order yesterday.

Justice R. Subramanian of the Madras High Court had directed SpiceJet Limited to wind up the company for non-payment of over $24 million to SR Technics, a Swiss company which maintains, repairs and overhauls aircraft engines, and components. SpiceJet has preferred the present appeal against the single bench order.

The petition filed by Credit Suisse AG, a Zurich based stock corporation, which had been assigned the right to receive the payments due to SR Technics.

According to Credit Suisse SpiceJet had reached an agreement with SR Technics for maintenance, repair and overhauling (MRO) services for a period of 10 years on November 2011. Upon providing of services under the agreement, SR Technics had raised invoices and the SpiceJet had issued seven bills of exchange for the monies due under the invoices. SpiceJet also acknowledge(s) the debts from time to time by issuing certificate of acceptance in relation to the bills of exchange implying that it does not dispute the correctness of the claim made in the invoices. Upon the knowledge that SpiceJet will not be able to pay the money owed the petitioner issued a statutory notice.

Mr. Balaji has contended that a debt exists and a notice was issued under the Companies Act to the Airlines. Section 433 (e) of the Companies Act 1956, provides for winding up of a Company, if it is found that the Company is unable to pay its debts Once a notice has been issued under Section 434(1) (a) of the Act and the failure of the company which in receipt of the said notice to repay the amount within three weeks or to secure the debt or to compound for it becomes evident, the winding-up procedure inevitably follows. To dispute the admission of winding up, the respondent company should prove a bona fide dispute or unenforceability of debt under Indian law, contended Mr. Balaji.

Further, SpiceJet has not disputed the utilization of services by SR Technics. This, along with the fact that the invoices were accepted, Bills of Exchange and Certificates of Acceptance were issued by the first party airlines negates their argument that the debt is non-enforceable.

Per contra, Mr. V. Ramakrishnan, Senior Counsel appearing for the respondent contended that a mere existence of a debt and its non-payment would not attract an order of winding up under Section 433 of the Companies Act. He submitted that it is open to the respondent resisting a winding up petition to show that there is a bona fide dispute regarding the debt. It has been submitted that enforcement of such debt would be against the public policy in India. Further that the documents relied upon in support of the debt or the documents relied upon to prove the debt are not properly stamped in accordance with the law relating to stamping in India.

Further, SpiceJet had tendered five million USD to the Registry of this Court, as ordered by the learned single Judge, for which the winding up process was stayed.

On Tuesday, the High Court bench of Justices Sathi Kumar Sukumara Kurup and Paresh Upadhyay noted that the Original Second Appeals were dismissed and the Connected Civil Miscellaneous Petitions were closed. The bench agreed to extend the application of stay order till 28th January so as to afford SpiceJet an opportunity to approach the Supreme Court. Since the court has not entertained the appeal at all, there would be no changes to the order of the single judge bench.