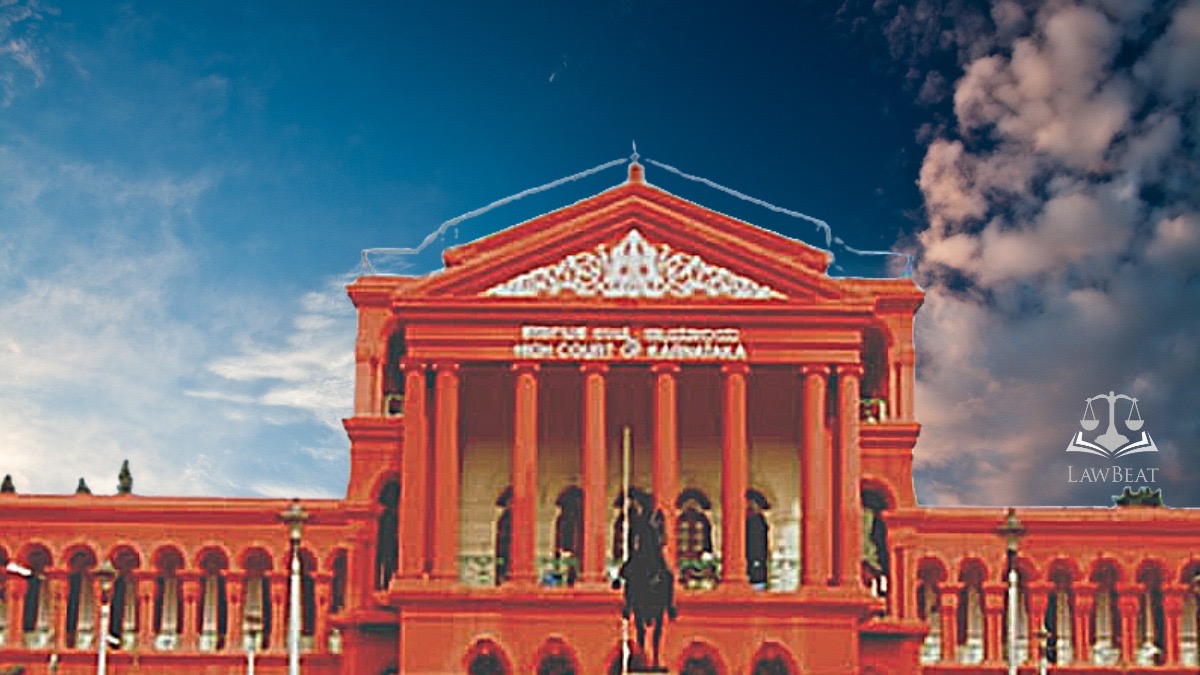 A Division bench of Karnataka High Court consisting of  Justice Sathish Chandra, Acting Chief Justice and Justice Sachin Shankar Magdum have held the it is a well settled proposition of law that State largesse should not be marred by arbitrariness.

In the present case, the petitioner has filed a PIL contending that a particular piece of land at Yelahanka was allotted to the respondent trust by Karnataka Housing Board (KHB). The land was allotted to the trust with a specific instructions to the trust asking them to construct a building suitable for an education institution and other public utility services.

The other conditions for the allotment included that trust shall not alienate the property except the mortgage of charge by a mortgage to a scheduled bank or any statutory lending agency, furthermore the land is to be utilised as one unit and shall not be split.

The court noted that it is undisputed that “no construction has been carried out thus far”, however the KHB has executed an absolute sale deed in favour the trust in 2020 for a sure or Rs.3,87,000/- despite the market value of the same being in crores.
The court concluded that the the housing board has blatantly violated the procedure contemplated under the Karnataka Housing Board (allotment) Regulations, 1983.

Further allegations stipulated such are that the Managing Trustee of the trust is the wife of the member of parliament.
The court notes that the ‘most shocking’ of the case is the the KHB has allotted these sites without following any regulations as laid down under the law, especially given that this is a civil amenity site.
The court holds that the regulations makes it clear that a site can be allotted or sold only through a transparent process and that too after a wide publicity through tender or auction. In the present case, the KHB has not followed any such steps pursuant to the sale deed dated 23.08.2004. Despite the trust not having made any constructions, the KHB issued another sale deed dated 28.07.2020 making confirming the sale, in clear violation KHB Act and the regulations under Karnataka Housing Board (allotment) Regulations, 1983.

The court holds that such execution of sale deeds will lead to anarchy in the system and an illegal allotment and sale of land to persons with following the procedure and thereby promoting favouritism. Therefore the court set aside thr allotment dated 28.07.2020. The court quotes the decision of Supreme Court in Centre for Public Interest Litigation Vs Union Of India (2012) 3 SCC, stating that the case has held that incase of matters pertaining to dispensation and allocation of natural resources by State, the distribution process much be fair and transparent affording equal opportunity to all interested parties.

The court held that in case of  alienation of natural resources, the State largesse should not be marred by arbitrariness. The state and the instrumentality while leasing public property are required to follow a transparent procedure.

In conclusion the High Court  quashed the allotment letter and set aside the subsequent sale deed dated 28.07.2021. Itvdirected the Urban Development department for fixing responsibility of such illegal allotment

The Supreme Court permitted the transfer of plots under three clauses of the draft schemes submitted by the State of Gujarat. These schemes pertain to allotment of plots of MPs/MLAs and other high level functionaries.

Prashant Bhushan while making his submission said “a scheme was brought by Gujarat government that all MPs, MLAs, former MPs, MLAs and former and present Ministers would be allotted the plot at nominal price. Such allotment should be surendered back to the government once their tenure is over. However, if they are permitted to sell it after a  lock in period, they will period. They will make undue profits.”

The issues relates to case pertaining to irregularities in sale and transfer of over 15,000 plots of land at a concessional rate to some Members of Parliament (MPs), Members of Legislative Assembly (MLAs) and some high ranking government officials.

The Gujarat High Court took suo Moto cognisance in this case and questioned 2 policies of the State. A stay was ordered by the High Court on these polices in 2001.