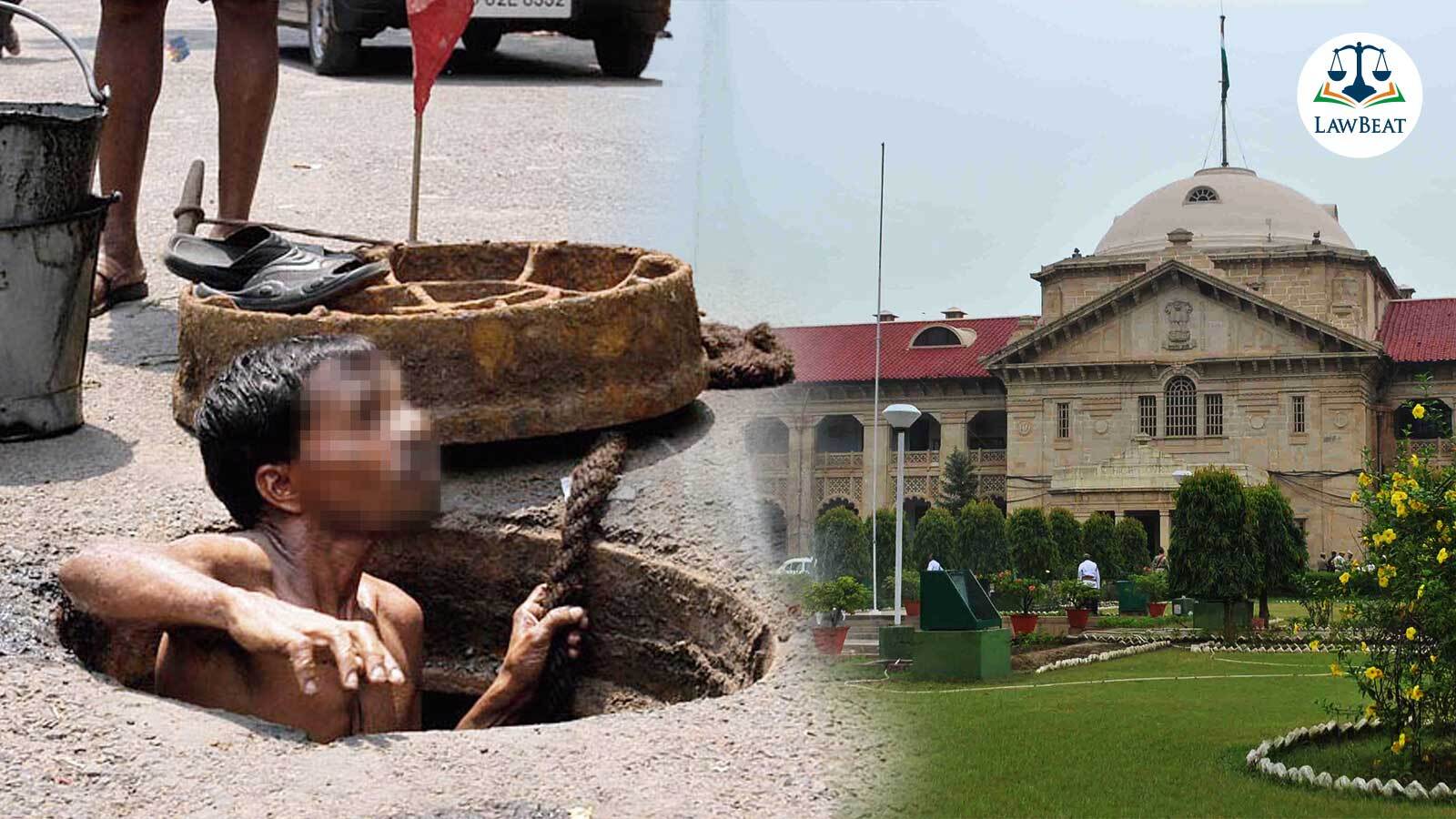 During the hearing of a suo moto Public Interest Litigation (PIL) pertaining to the security and safety of sanitation workers, it was submitted before the Allahabad High Court on Monday that strict monitoring is being done to ensure that the beneficial scheme and other measures taken by the Government and Nagar Nigam, Prayagraj are actually made available to the sanitary workers engaged in cleaning of drains.

On the earlier date of hearing, the amicus curiae in the case, Advocate Rajeev Lochan Shukla had apprised the court that despite Government's claim that strict instructions had been issued to all local bodies to ensure full compliance of the Standard Operating Procedure (SOP) in cleaning sewers and septic tanks, sanitation workers were still being made to clear drains without any protective gear.

To this, Court had noted that  “…the SOPs and other beneficial schemes framed by the Government will not serve its objectives unless the workers are educated of their rights and entitlements.”

However, on Monday, the counsel for the Nagar Nigam, Prayagraj submitted before the bench of Justices Sameer Jain and Manoj Kumar Gupta that two officers have been deputed in each Zone to monitor the working of the contractor, so as to implement the safety measures.

An affidavit was also filed on behalf of the State Government by Additional Municipal Commissioner, Nagar Nigam, Prayagraj enclosing the guidelines framed by the Government on 25th April 2022 in respect of cleaning of drains in the State. Government informed the court that it has directed all urban bodies in the State to ensure that cleaning work of the drain is completed by 20th June 2022, in view of upcoming Monsoon.

Further Additional Advocate General apprised the court that the revised guidelines revising the wages, compensation and insurance amount of persons engaged in hazardous cleaning work are being framed and will be completed by the next date.

However, in respect of printing of pamphlets specifying the benefits which are available to sanitary workers engaged in cleaning of drain and other safety measures, further time was sought.

Considering the submissions, Court adjourned the matter till July 5 directing the State Government to file a status report on or before the next date.

Case Title: In Re Ensuring the Security of Life and Safety of Health of the workmen and employees engaged v. The Chief Secretary, Government of U.P. Lucknow and others