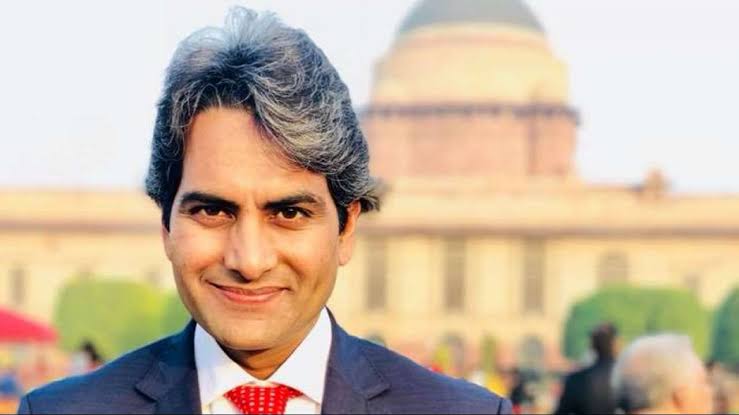 On Monday, Additional Sessions Judge at Patiala House Courtsdismissed the revision petition filed by Mr. Sudhir Chaudharyagainst the order dated 14.11.2019 passed by the trial court summoning Mr. Chaudhary as an accused to face trial for theoffence of defamation against Ms. Mahua Moitra.

Mr. Chaudhary, the Editor-in-Chief at Zee News and host of the Hindi prime time news show popular as Daily News and Analysis (DNA) has been made accused in a case filed by Ms. Moitra, a member of All India Trinamool Congress Party and an elected Member of Parliament from constituency krishnagar, West Bengal under the provisions of Sections 500 of Indian Penal Code for defaming her after she delivered her speech in the Parliament of India on 25.06.2019. It has been alleged that Mr. Chaudhary knowingly and deliberately distortedthe facts about the speech and twisted the full picture to mislead the public by playing only edited portions of the complainant’s speech to defame her.

“It cannot be said that the impugned order, suffers from any illegality for non-compliance of mandate of law u/s 202(1) Cr. P.C. The contentions of the petitioner, to the contrary, hold no good. The inquiry as per mandate of law has been duly complied with.”

“it also cannot be said that order under challenge herein ispassed mechanically without appreciating the material available on record ; as is evident from the order itself, also noted above, a detailed order has been passed by the learned MM wherein the entire pre –summoning evidence in the form of statement of thecomplainant and two other witnesses along with the documents have been considered and appreciated by the learned trial court before proceeding to issue summons to the accused to face trial.Therefore, the objection of the petitioner to say that order is cryptic, without application of judicial mind cannot be sustained.”

The brief facts leading to the present controversy according to the complaint case filed before the learned trial court are that after Ms. Moitra made that speech in Parliament, Mr. Chaudharyon 02.07.2019 in his show DNA attacked the Ms. Moitra by passing defamatory comments about her (R-2) about personal and professional capacity. He stated that Ms. Moitra plagiarized her speech from an Article authored by Mr. Martin Longmean.In the complaint, it was also alleged that the news channel uploaded the same broadcast on their YouTube, Twitter andFacebook pages and again complained of stealing to defame her.

On the basis of the complaint, cognizance of the offence under Section 500 of IPC was taken by the Court and Mr. Chaudharywas summoned as accused before the court of learned Metropolitan Magistrate (MM) to face trial under the said provisions.

Later on, Mr. Chaudhary assailed the order passed by MM and presented the revision petition before the Court of Additional Sessions Judge. In the present petition Mr. Chaudhary’s couselmade contentions that ‘the order passed by the learned trial court is a cryptic order, passed in a mechanical manner without application of judicial mind. Learned counsel for the revisionist/accused further argued that the learned magistrate has failed to appreciate the seriousness of summoning of accused in a criminal case’.

It was also stated by the counsel of Mr. Chaudhary that the trial court did not have the jurisdiction to pass the order against the petitioner. He added that it is mandatory on the part of the Magistrate to conduct an inquiry or investigation u/s 202(1)Cr. P.C. before summoning of the accused and no such inquiry has been done in the present matter, hence, the order passed by the learned trial court suffers from illegality or infirmity, is not maintainable and it should be set aside.

It was urged that the case of the revisionist is squarely covered under the exceptions of Section 499 Cr.P.C because the essential ingredients for the commission of the offence of defamation are not made out.

After appreciating and analyzing the facts of the case, The Patiala House Court rejected all these contentions and dismissed the revision petition.