Suit Challenging Show Cause Notice Or Inquiry Are Not Always Be Liable To Be Dismissed As Being Premature: Delhi High Court 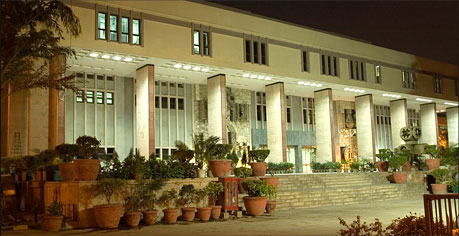 The Single Bench of Delhi High Court comprising Justice Navin Chawla has ruled that there is no complete bar on the maintainability of the suit, though, the scope of interference in such a suit by the Court in a disciplinary inquiry or Show Cause Notice is highly limited.

The Court noted that the respondent had filed an application under Order VII Rule 11 of the Code challenging the maintainability of the suit contending that there was a bar against the same under the Delhi Cooperative Societies Act, 2003. The said application was dismissed by the Trial Court. Since there is no challenge made to the said order, the same gained finality.

It is correct that in the order dated Nov 04, 2020 the Appellate Court had directed listing of the appeal for arguments on the maintainability of the suit itself, however, the same was clearly beyond the scope of the appeal.

It would be for the petitioner to satisfy the Trial Court and the learned Appellate Court as to whether the case of the petitioner falls within the ambit of such limited scope of interference.

However, the suit could not have been said to be not maintainable by the Appellate Court when it was exercising its jurisdiction only against the ad interim order of injunction granted by the Trial Court during the pendency of the application under Order XXXIX Rule 1 and 2 of the Code filed by the petitioner.

The Order having been passed by the Appellate Court in excess of its jurisdiction, the remedy of the petitioner, therefore, cannot be relegated to a remedy of appeal.