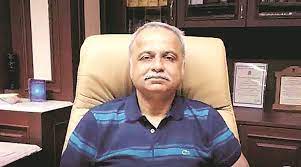 The Supreme Court on Thursday said that it will pronounce its order in the plea filed by Advocate Yatin Narendra Oza challenging the decision of the Gujarat High Court decision suspending his Senior Designation.

A divisional bench of Justice Sanjay Kishan Kaul and Justice R Subhash Reddy said, "We are trying to work something out, we'll keep our order ready by the next date."

The Senior Designation of Oza was withdrawn by the full Court of the Gujarat High Court in a suo moto proceeding initiated against him for allegedly making corruption allegations against the registry of the Court in an online interview.

Justice Kaul said that we'll pen down something in terms of the submissions made by Senior Advocate Abhishek Manu Singhvi.

Earlier, Singhvi had submitted that somebody who tries to pull the wool over the eyes of the court will of course fall in a different category, but here is a member of the bar who is contrite and so his apology will fall directly under the first approach.

Advocate Nikhil Goel appearing for the Gujarat High Court asked the Court whether the High Court will be heard, to which the bench said that we have heard you very well and noted everything, what he has done is wrong. We'll now pass our orders now.

Gujarat High Court had noted, "We noticed the live press conference telecast on www.facebook.com by the President of the GHCAA by calling the journalists of various Print and electronic Media ostensibly to espouse the causes of Junior advocates and those litigants having no or less means, and made serious allegations of corruption against the registry and also categorically alleged Forum shopping in no uncertain terms without any valid, significant or true basis."

The High Court had further noted that "Without caring for the truth, riding on the wave of populism, he appears to have crossed all limits by condemning recklessly the Institution. Being fully aware that his actions and above referred utterances are scandalous and capable of initiating proceedings of Contempt, he gave an open challenge to the authority of this Court in the very interview which is even worse than the very action"

The bench has kept the matter for passing the orders on October 28 at 2:00 PM.