Union workers to be booked for extortion for demanding nokkukooli: Kerala High Court 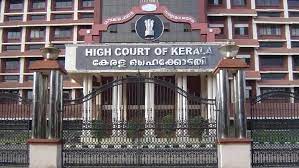 Justice Devan Ramachandran of the Kerala High Court directed the state police to impose extortion charges against trade union workers asking for nokkukooli. The court was hearing a plea filed by T.K. Sundaresan, a  hotel owner, seeking police protection to carry out his business without intervention from some persons who were allegedly demanding gawking wages.

Nokku kooli is an euphemism for extortion by organized labour unions in Kerala under which wages are paid to trade union(CITU, INTUC, BMS, etc...) activists for allowing common householders/ investors/builders to unload belongings/materials using machines or their own labour.

The state government told the court that an amendment is going to be brought into the Headload Workers Act for expelling and imposing a heavy penalty on any registered worker who demands gawking wages.

Initially introduced in the 1960’s the nokkukooli was a relief to downtrodden labourer, however the situation has changed now. Justice Devan Ramachandran said that in view of this “deleterious tendency holding sway in the state for the last several decades” such a circular has to be issued.

Emphasizing the need for banning the 'Nokkukooli' system in Kerala, the court observed that the demand for 'Nokkukooli' should be treated as extortion.

The State police chief has been ordered to issue a circular to all the police stations and the competent authority under the Kerala Headload Workers Act asking them to register a case for extortion as well as under other applicable offenses under the Indian Penal Code (IPC) against the workers, trade unions and its leaders who demand 'Nokkukooli.'

The court directed the State police chief to issue the circular by December 8 and file a report in this regard.