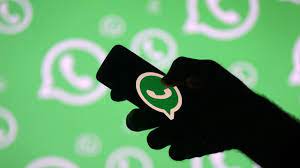 Salve appearing for Facebook submitted that the privacy policy was just like a KYC and the vacation bench which had refused to stay the CCI investigation was mislead in observing that the information was collected from users and circilated.

The bench however said that the CCI' s query was whether the privacy policy was different for India and Eurpoe which had not been answered by WhatsApp in the June 4 notice of CCI.

Since the affidavit filed by WhatsApp did not have running pages, the bench adjourned the matter till July 30, 2021.

On June the Vacation bench comprising Justices Anup Jairam Bhambhani and Jasmeet Singh had refused to stay the June 4, 2021 notice issued by the Director General (DG), Competition Commission of India, seeking information for the purpose of investigating the new Privacy Policy of WhatsApp.

The bench in its order had observed that since there is an overlap in the prayers sought by WhatsApp in its earlier application and the present application and an application seeking stay of further steps in the investigation had already been filed on which notice has already been issued to the DG; in which no interim relief was given by the Division Bench on May 5, 2021  or thereafter; and which is already listed before the Division Bench (Roster Bench) for further consideration on July 9, 2021, the bench said it did “not consider it appropriate to stay the operation of impugned notice dated 04.06.2021, at this stage”