In exercise of power under Article 226, High Court cannot permit party to modify terms of their offer without hearing others: Supreme Court 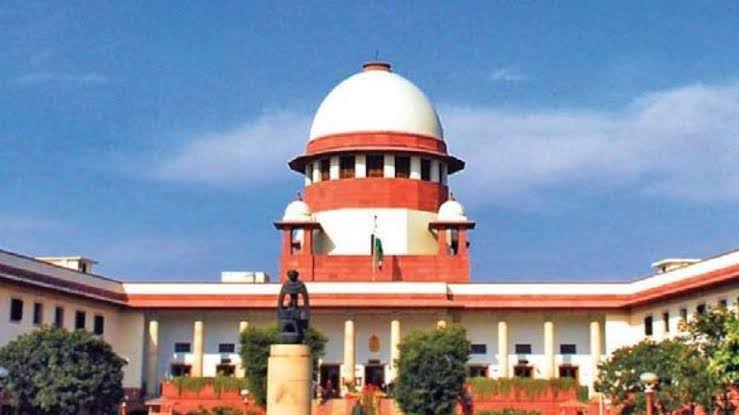 A Supreme Court bench of Justices MR Shah and A. S. Bopanna has held that in exercise of its power under Article 226 of the Constitution, the High Court cannot permit a party to modify the terms of their offer without hearing other parties. Holding thus, the court has set aside an order of the Gujarat High Court.

The case of the appellant herein was that Oil and Natural Gas Corporation of India (ONGC) invited “Expressions of Interest,” (EOI) on July 22, 2020 for demand assessment of natural gas produced from 2 fields. As per the the EOI, the demand assessment for natural gas was to be undertaken by ONGC and approved by the Union and Ministry of Petroleum.

Only 3 applications were received pursuant to the EOI ie. Nobel Cera Coat, Vaibhavi Enterprises and Tanish Cerachem Private Ltd, for which ONGC sought the approval of the Ministry for gas allocation.

Pending approval of the allocations before the Union and the Ministry, Tanish Cerachem revised its application, following which ONGC re-invited bids from the applicants on March 8, 2021. While 2 of the 3 applicants resubmitted their bids, Nobel Cera Coat did not submit its fresh bid.

Later, Nobel Cera Coat filed a writ petition before the Gujarat High Court challenging ONGC’s letter re-inviting fresh bids and prayed for a direction to ONGC to award the gas allocation on the basis of the original letter dated July 22, 2020.

Judgment of the Gujarat High Court

The judgment noted that the Union, Ministry and the other 2 bidders were not a party to the writ petition. The High Court directed Nobel to implead the Union prior to hearing the matter.

During the course of the hearing Nobel reduced the days for lifting of the gas from 75 to 65, thereby putting ONGC in a dilemma, as the offer was not finalised and there was another party prepared to lift the gas in the same time frame.

The judgment noted that after permitting Nobel to to reduce the days of lifting the High Court disposed the writ petition by directing ONGC to award the contract to Nobel. Feeling aggrieved by this other parties preferred an appeal before the Supreme Court.

The Supreme Court held that the procedure adopted by the High Court in disposing the writ is unsustainable as the order was passed without hearing the other parties who had submitted their EOI. The judgment further noted that it is unfortunate that the High Court permitted Nobel to changed its offer during the pendency of the writ petition, that too in exercise of its power under Article 226.

According to the judgment, when the High Court permitted Nobel to modify its offer, an opportunity should have been granted to other applicants to be heard. They could either have objected to it or the High Court in exercise of its power under Article 226 could have modified their offer.

The judgment noted that the High Court has directed ONGC to finalise the contract in Nobel’s favour instead of allowing the writ or making the rule absolute and disposing the writ petition.

Without deciding anything on merits, the court upheld the appeals.